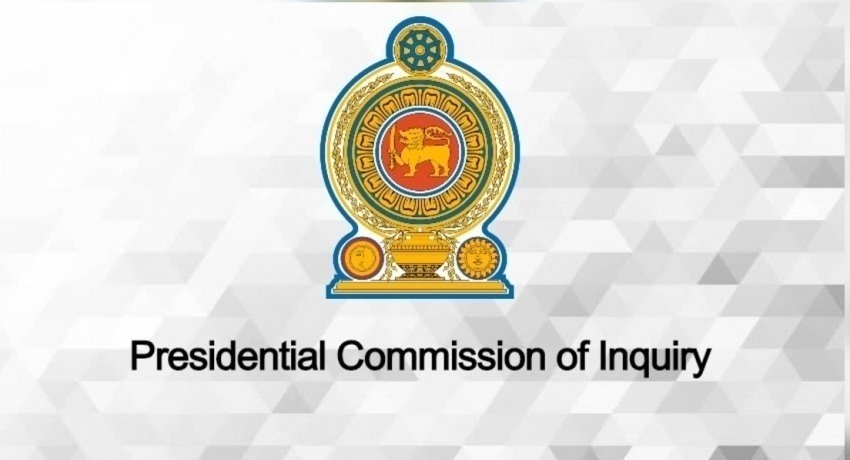 Colombo (News 1st); Tensions boiled over at the Presidential Commission of Inquiry appointed to probe into incidents of Political Victimization on Thursday (13) based on an interview given to a local weekend newspaper by Former Solicitor General Suhada Gamlath on the legal status of the Avant-Garde owned vessel, the MV Mahanuwara.

Counsel appearing for Former Director-General of the Bribery Commission Dilrukshi Dias Wickremesinghe questioned Suhada Gamlath on what basis he made comments to a weekend newspaper to claim his client had carried out her duties under political duress.

In response, Suhada Gamlath said he made such a comment based on the telephone conversation said to have taken place between Dilrukshi Dias Wickremesinghe and Avant-Garde Chairman Nissanka Senadhipathi, which was widely publicized by the media.

However, counsel for Dilrukshi Dias Wickremesinghe noted what was released to the media was a tampered audio recording adding his client had stressed on the need to release the full audio recording for the general public to understand what transpired.

Kuvera de Zoysa, PC appearing for Avant-Garde Chairman Nissanka Senadhipathi noted the relevant audio recording can be handed over to the PCoI on a future date, however, noted as it is a conversation of serious nature, it could be harmful towards Dilrukshi Dias Wickremesinghe.

He further said, as it could also be harmful to his own client, the recording will be handed over to the Presidential Commission on a later date.

He said Dilrukshi Dias Wickremesinghe had failed to protect the confidential status of the Commission to Investigate Allegations of Bribery Commission when she was serving in the said institution.

Former Solicitor General Suhada Gamlath said when he attended an event at Temple Trees Dilrukshi Dias Wickremesinghe too was present in addition to a large number of Politicians, Government Officers, and Military Heads.

” I attended the event on the instructions of the then Attorney General,” said the former Solicitor General.

He said summoning officers from the Attorney General’s Department as well as government officers to Temple Trees to inquire about cases is a violation of the law, and legal associations were mum at the time.

The Presidential Commission of Inquiry strongly voiced its objection towards the comment.

The Commission Chairman added Wasantha Nawaratne Bandara would be arrested on the charge of obstructing the proceedings of the PCoI and would be produced at the Court of Appeal, therefore urged the Senior Officer to conduct himself with respect.

Wasantha Nawaratne Bandara alleged Suhada Gampalth had the need to release those from Avant-Garde from the cases filed against them based on the deals with the Avant-Garde businessman.

Kuvera de Zoysa, PC appearing for Avant-Garde Chairman Nissanka Senadhipathi raised an objection and this resulted in another heated situation at the Presidential Commission of Inquiry.

Wasantha Nawaratne Bandara went on to note Suhada Gamlath had an urgent need to file cases against Gotabaya Rajapaksa and several others with regard to the Avant-Garde matter.

Wasantha Nawaratne Bandara on Thursday (13) revealed to the Presidential Commission of Inquiry, on the 22nd of January 2015 Suhada Gamlath had presented him with the file prepared by the Attorney General’s Department on the Avant-Garde matter and said it was the ideal time to file a case against Gotabaya Rajapaksa and several others.

He said Suhada Gampalth on multiple occasions had claimed he was not in good terms with Mahinda Rajapaksa, Gotabaya Rajapaksa, and Basil Rajapaksa as he was removed from the post of Secretary to the Ministry of Justice.

However, Suhada Gampalth rejected all these allegations at the Presidential Commission of Inquiry.

Further examination of the matter will take place on the 28th of August. 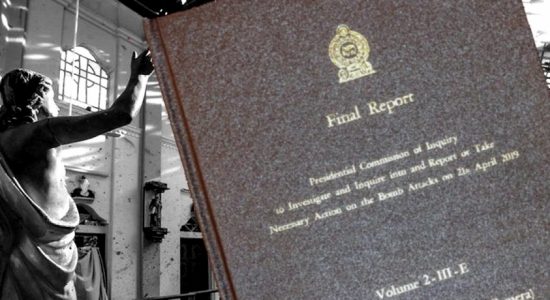