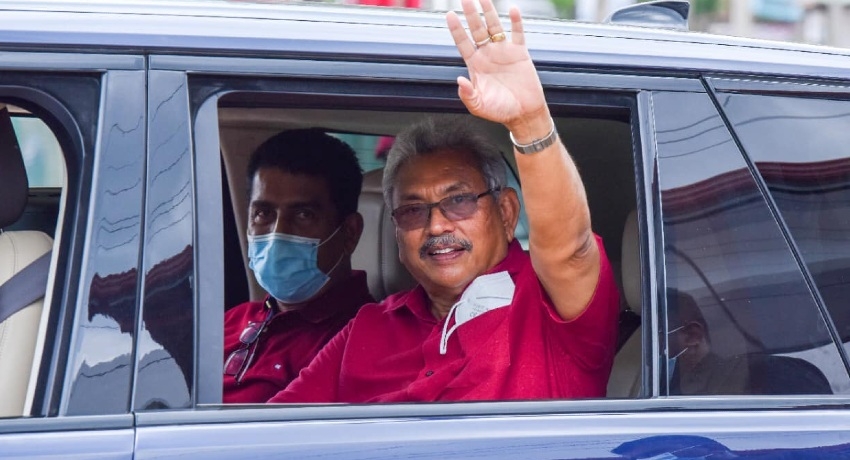 Colombo (News 1st);  President Gotabaya Rajapaksa has directed the Minister-in-Charge to accelerate the construction works of the Central Expressway project.

Construction of the section from Colombo to Kurunegala has been disrupted due to issues relating to the compensation payment process, said the President’s Media Division.

The President instructed Minister Johnston Fernando to complete the construction of the expressway while providing a quick solution to the prevailing problems.

According to the PMD, President Rajapaksa gave these directives during a public gathering held at the Mawathagama Public Fair premises, Kurunegala, during his tour of the district for the 2nd day on Monday (27) in support of the candidates representing Sri Lanka Podujana Peramuna (SLPP).

Prime Minister Mahinda Rajapaksa, who accompanied the President to a public meeting organized by candidate Kamal Perera, stated that strong and stable parliament is needed to implement the promises in “Vistas of Prosperity and Splendour” policy statement.

President Rajapaksa, in response to a request by the All Island Inter District School Children Transportation Association, agreed to grant another six-month moratorium on the leasing rentals of all school vans.

Attending a gathering organized at Cooperative Ground in Kuliyapitiya President pledged to formulate a national programme to rehabilitate all tanks or Wewa’s in the country.

Tanks and irrigation systems left unattended for a long period has become a major issue raised by the people in all the districts visited by the President recently.

According to the President’s Media Division, it had posed a severe deleterious impact on agriculture and the day to day life of the people. As a solution to this issue, all tanks in the country will be rehabilitated with an effective and standardized plan, the President said.

Responding to the request made to eradicate the drug menace President told the public to anonymously forward information on drug related activities in their respective areas to the Presidential Secretariat.