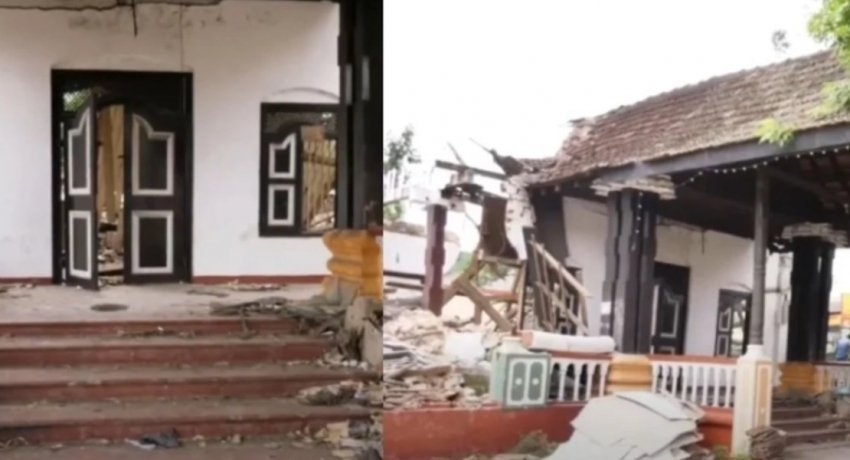 Colombo (News 1st); Authorities are yet to make an arrest over the demolition of a building with archaeological value in Kurunegala.

In this backdrop, concerns have also been raised with regard to attempts to use public funds to restore the demolished site.

Secretary to the Ministry of Ministry of Buddha Sasana and Cultural and Religious Affairs Bandula Harischandra speaking to News 1st said the restoration and renovation of the site is estimated to cost Rs. 09 Million.

He said request letters were addressed to the Road Development Authority and the Kurunegala Urban Council to contribute the cost to restore and renovate the site.

However, if the said institutions decide not to fund the renovation and restoration, it would be done using government funds, said the Secretary to the Ministry of Buddha Sasana and Cultural and Religious Affairs.

It is now evident, eventually, the cost to renovate and restore the site will be obtained from the tax-payer.

However, the committee appointed by the Prime Minister to probe into the destruction of the site clearly recommended for those responsible for the destruction to cover the cost.

Police Spokesperson SSP Jaliya Senaratne speaking to reporters on Monday (27) dismissing claims of lethargic investigations said Sri Lanka Police is following a legal process in probing the matter, adding the Attorney General too had summoned detectives and provided instructions to them.

He stressed all necessary steps and a relevant report would be produced by the 31st of July.

Responding to a question on a politician’s statement on defending certain individuals involved in the destruction of the site, the Police Spokesperson stressed no one can challenge the authority of Sri Lanka Police adding it will enforce its legal authority without any obstruction.