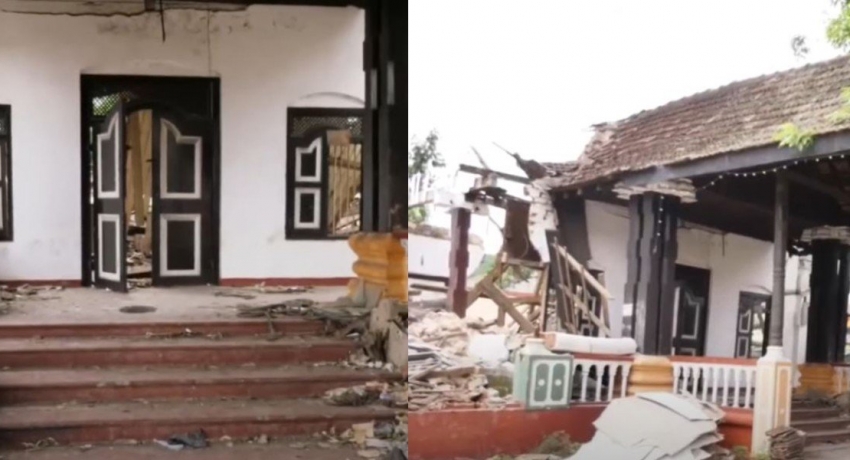 Interim Report on Kurunegala Kings Assembly Hall due on Wednesday

Interim Report on Kurunegala Kings Assembly Hall due on Wednesday

Colombo (News 1st);  The committee appointed to probe the demolition of the building believed to be the “Kings Assembly Hall” in Kurunegala dating back to the reign of Bhuvanaikabahu II, will submit its interim report to the Prime Minister on Wednesday.

Archaeologist Prasad Ranasinghe, a member of the committee said the interim report will be prepared today.

On Friday the 17th of July, Prime Minister Mahinda Rajapaksa appointed a committee to investigate the demolition of a building with an archeological value in Kurunegala.

The building was torn down on the 14th of July 2020 and the 05 member committee was appointed by Secretary to the Ministry of Cultural Affairs.

The Committee is led by Professor Senarath Dissanayake, the Director-General of Archaeology.

The other members are R. M. J. Ratnayake the District Secretary of Kurunegala, Archaeologist T. G. Kulatunga, Deputy Director of Archaeology at the Ministry of Cultural Affairs Archaeologist Prasad Ranasinghe and Director of the Central Cultural Fund Architect Sumedha’ Matota.

The statement from the Government Information Department went on to note, the building which was torn down dates back to the 13th Century Kurunegala Kingdom Era and is believed to be an ancient ‘Kings Assembly Hall’, and it is protected as per the provisions of the Antiquities Ordinance No. 9 of 1940.