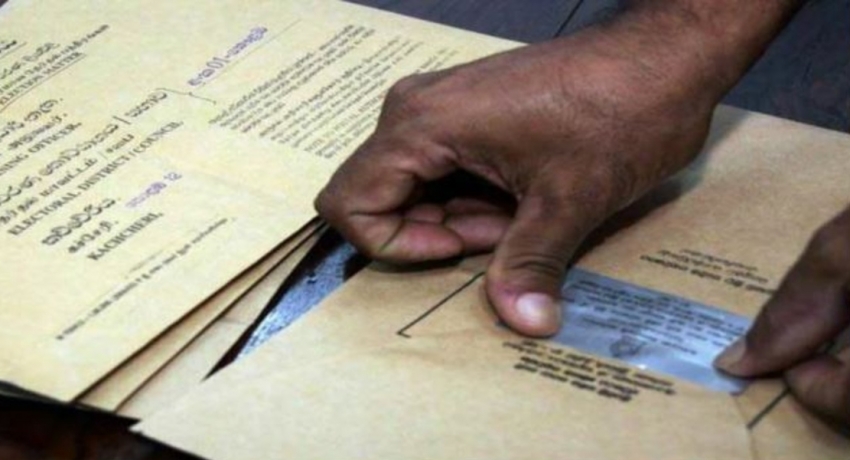 COLOMBO (News 1st): Postal voting of the 2020 Parliamentary Election will continue on Friday, for the 5th day.

According to the National Elections Commission, security and defence officers will be able to cast their postal votes today as well.

“Public sector officials who fail to cast their postal votes on the announced dates will be able to cast their vote on the 20th and 21st of July at District Secretariat Offices,” Saman Sri Ratnayake, the Commissioner-General at the National Elections Commission said on Friday (July 17).

Based on statistics from the NEC, a total of 5085 voters are eligible to cast their postal vote at the general election.

The 2020 Parliamentary Election will be held on the 5th of August.