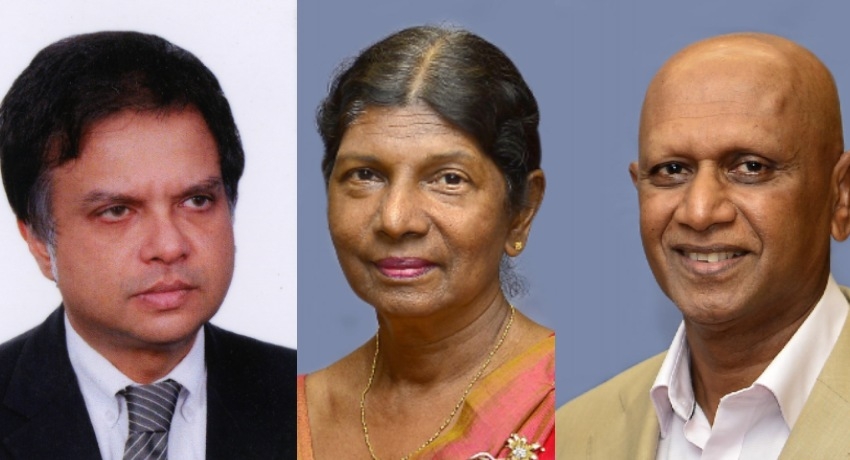 Colombo (News 1st); Three new members assumed duties as serving members of the Monetary Board of the Central Bank of Sri Lanka, pursuant to being appointed by the President, with the approval of the Constitutional Council.

Sanjeeva Jayawardena is the first President’s Counsel to serve on the Monetary Board of the CBSL.

Sanjeeva Jayawardena PC, has been practicing exclusively in the Supreme Court and the Court of Appeal for the last 27 years, having been called to the Bar in 1992.

He was thereafter conferred Silk, as President’s Counsel, in the year 2012.

He specialises in all aspects of Appellate law, as well as Constitutional and Public Law and has a varied practice in diverse fields and subjects, including civil, contractual, commercial, property, taxation, banking and other disciplines of the law.

Dr Jayamaha has more than 45 years of extensive national and international experience in macro and monetary economics, central banking, regulation and supervision, payment systems, including e-money deployment and financial inclusion.

She was a career central banker who served the CBSL for nearly 38 years, retiring in 2009 as the Deputy Governor in-charge of financial system stability.

She was instrumental in modernizing the payment systems and automating the accounting and reporting systems of the CBSL.

During her tenure at the CBSL, she served (on secondment) as the Secretary to the Presidential Commission on Finance and Banking, Advisor to the Ministry of Finance and Special Advisor (Economic) at the Commonwealth Secretariat, London, UK.

He currently serves as a member of the Presidential Task Force for Economic Revival and Poverty Eradication (2020), President of Lanka Industry Forum for Empowerment (LIFE) (2018 to date) and Chairman of Cosmetics Sector Advisory Committee at the Ministry of Industries (2016 to date).