It is reported, the fishermen aboard the ill-fated boat were using dynamite to engage in fishing.

The incident took place on Wednesday evening in the deep seas off Trincomalee when the fishermen attempted to flee the scene following the arrival of the Sri Lanka Coast Guard (SLCG) vessel.

However, the fishermen allege, the Sri Lanka Coast Guard (SLCG) purposely crashed on to their boat.

The fishermen and their boat were carried back to shore by a vessel from the Trincomalee Navy Camp. 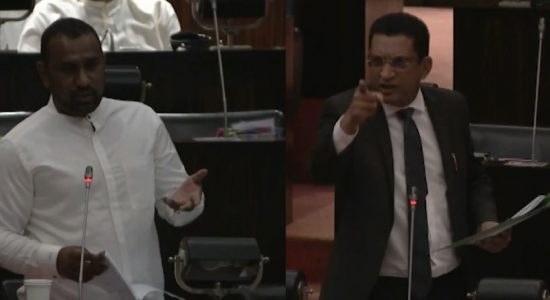