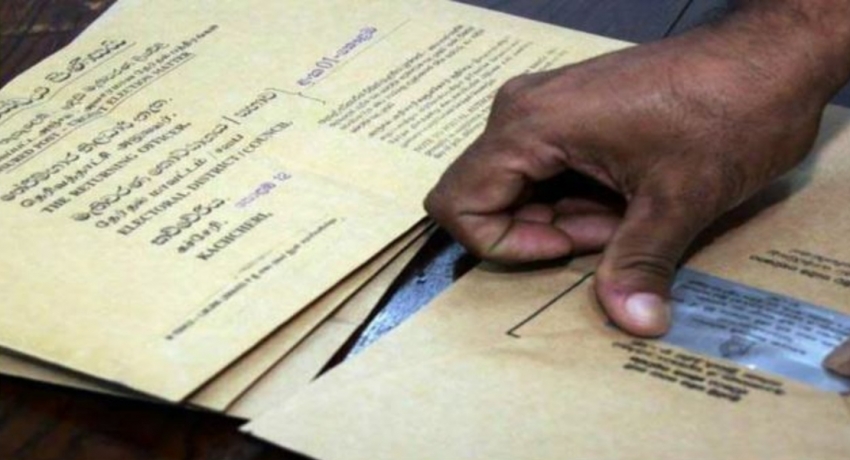 COLOMBO (News 1st): Postal voting of the 2020 Parliamentary Election will continue for the 3rd day on Wednesday (July 15).

Public servants will cast their postal votes for the third day today, according to election authorities.

“Security and defence officers will be able to cast their postal votes tomorrow and on Friday,” the National Elections Commission noted.

Public sector officials who fail to cast their postal votes on the announced dates will be able to cast their vote on the 20th and 21st of July.

Based on statistics from the NEC, a total of 5085 voters are eligible to cast their postal vote at the 2020 Parliamentary Election.

Meanwhile, the distribution of polling cards from the Agbopura Post Office will resume again on Wednesday.

On Tuesday (July 14), Post Master General, Ranjith Ariyaratne announced that the distribution of polling cards from the Rajanganaya, Welikanda and Agbopura post offices was temporarily halted given the spike in COVID-19 cases in these areas.

“Rajanganaya and Welikanda Post Offices will continue to remain closed. However, plans are as soon as the situation is resolved,” the Post Master General noted.