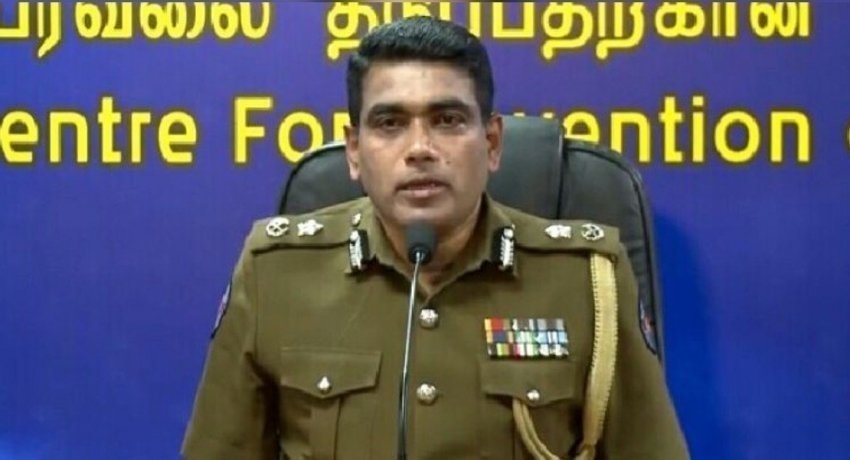 Only 20 COVID-19 cases from outside of Kandakadu Cluster ; DIG Ajith Rohana

Only 20 COVID-19 cases from outside of Kandakadu Cluster ; DIG Ajith Rohana

Colombo (News 1st); Deputy Police Chief Ajith Rohana on Wednesday revealed only 20 COVID-19 cases were reported from outside of the Kandakadu Treatment and Rehabilitation Center, which is identified as the 32nd COVID-19 cluster in Sri Lanka.

Speaking to reporters in Colombo DIG Ajith Rohana said of over 800 inmates at the Kandakadu Treatment and Rehabilitation Center (T&R Center) only 404 tested positive for COVID-19.

“There are over 300 staffers at the Kandakadu Treatment and Rehabilitation Center and only 63 of them contracted COVID-19,” said DIG Ajith Rohana.

DIG Ajith Rohana said just as the Sri Lanka Navy cluster of around 900 cases was reduced to just 08 cases as of Wednesday, the Kandakadu Treatment and Rehabilitation Center cluster will also be controlled and the overall situation is under control.

Deputy Inspector General of Police Ajith Rohana speaking to reporters in Colombo said there are rumours spreading in the country citing cases are reported from multiple parts of the island and it is not wise for people to travel to certain localities.

Citing these are false reports, DIG Ajith Rohana dismissed claims of a possible second or third wave of coronavirus cases in Sri Lanka as well as community transmission.

These three incidents are a newspaper article, a map claiming to be of restricted areas, and a list of those who visited the T&R Center.

DIG Ajith Rohana said publishing content that relates to exciting or attempting to excite disaffection among masses is a punishable offense under the Penal Code of Sri Lanka.

It is also an offense under the Police Ordinance as well as the Quarantine and Prevention of Diseases Ordinance, said Ajith Rohana.

He went on to note, 03 teams comprising of 26 detectives are investigating the aforementioned three incidents adding action will be taken against all those responsible for spreading false information in accordance to the provisions of the Penal Code and the Quarantine and Prevention of Diseases Ordinance.

The Senior Police Officer said the creators of these false posts, those who published them on social media, as well as those who shared it will face serious legal action.