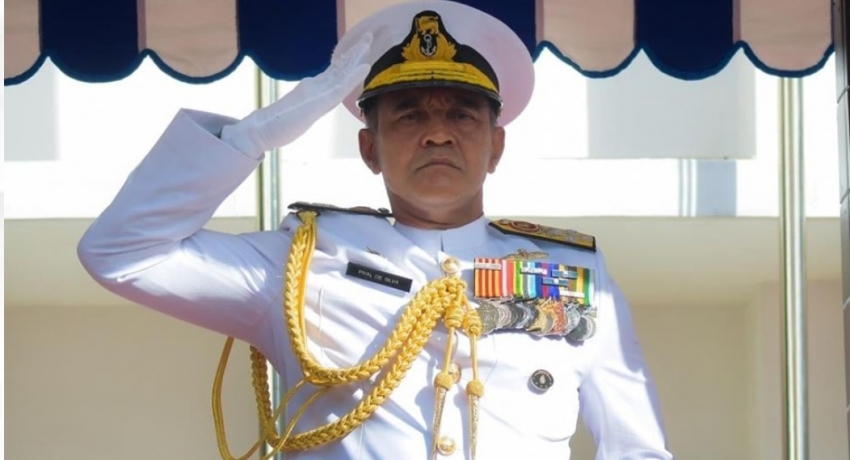 COLOMBO (News 1st): President and Commander-in-Chief of the Armed Forces President Gotabaya Rajapaksa promoted the Commander of the Navy, Vice Admiral Piyal De Silva to the rank of Admiral with effect from 14th July 2020.

After having rendered a noble service to the Sri Lanka Navy in particular and the motherland in general, Admiral Piyal De Silva will bid farewell to his second home, Sri Lanka Navy and relinquish his 36 years of distinguished naval career tomorrow (15th July 2020)

Commending Vice-Admiral De Silva’s contribution to the SLN by initiating the action plan to deploy capital ships far away from the shores to monitor illegal activities at sea stands, he said SLN, which apprehended huge quantities of smuggled drugs and narcotics at sea by applying productive strategies, would have been a dream without the guidance of Vice-Admiral De Silva.

Delivering the farewell address at the felicitation ceremony held for the outgoing SLN Commander Vice Admiral De Silva at the Defence Ministry, the Defence Secretary said he was a role model as the SLN Commander, who had been able to sail the Navy towards the right direction during a very crucial period.