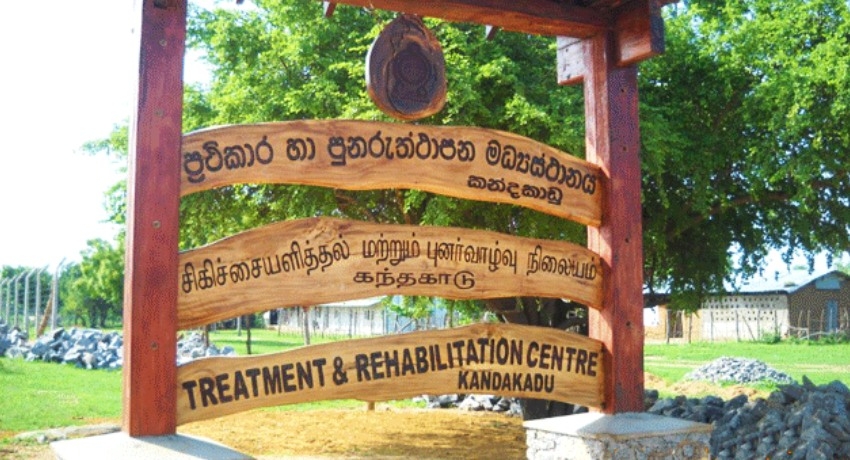 He is the second staffer attached to the T&R Center to be tested positive for corona-virus while the first was a female counsellor who was leave from the T&R Centre and living with her parents in Nattandiya, Marawila.

The counsellor from Rajanganaya had visited the Treatment and Rehabilitation Center in Kandakadu on the 01st of July for an official matter and thereafter visited the “Yaya” 05 area in Anuradhapura to attend a family funeral in the “Yaya” 03 area on the 03rd of July, said the Army Commander.

According to the Acting Chief of Defense staff his two children aged 11 and 1 /12 years old had also tested positive for COVID-19.

The 11 year old boy had attended several extra-classes at a school located in an area known as “Track-01” and all 70 other students in the school have been subjected to mandatory self-quarantine.

The Army Commander said all 150 people who attended the funeral visit by the T&R counsellor were located and directed to immediate self-quarantine.

Further another 80 people who attended an alms giving on the 06th of July, also visited by the T&R counsellor have been placed in self-quarantine.