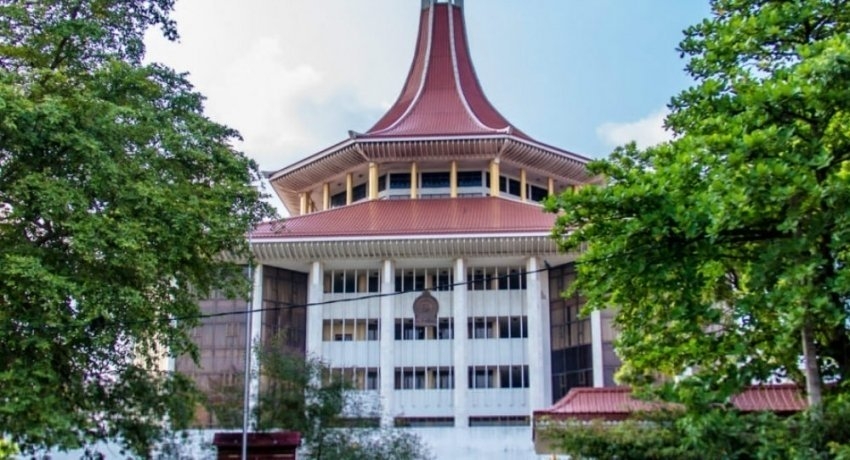 COLOMBO (News1st) : The Supreme Court on Tuesday rejected a request made by the Attorney General (AG) through a motion, to suspend the business activities of ETI Finance Ltd.

The three-judge bench, headed by Chief Justice Jayantha Jayasuriya announced that an order will not be granted regarding the request of the AG, after the President’s Counsel Wijeyadasa Rajapakshe who appeared on behalf of the depositors objected to it before court.

President’s Counsel Rajapaksha noted that the AG has made the request with the motive of stopping the strong directives given to the ETI by the Central Banks Non Banking Financial Institution department from being revealed.

He had added that the AGs request should be studied further.

The case was based on a FR petition filed against ETI demanding that the CB issues an order for the movable and immovable assets and bank accounts of the board of directors of ETI be seized and frozen and compensation be paid to the depositors.

The FR petition was filed by a group called the Independent movement to protect ETI depositors. The three judge bench, decided to postpone considering the petition until the 25th.

Meanwhile, the committee appointed to look into anomalies in financial institutions noted that it has received over 60 complaints regarding finance and leasing companies.

The committee noted that a majority of these complaints are individual complaints of separate cases. The report compiled by this committee is to be handed over to the governor of the central bank tomorrow.

The committee was sanctioned by the governor of the central bank professor W. D Lakshman and the Director General of Legal Affairs of the Presidential Secretariat, Harigupta Rohanadeera, headed it.