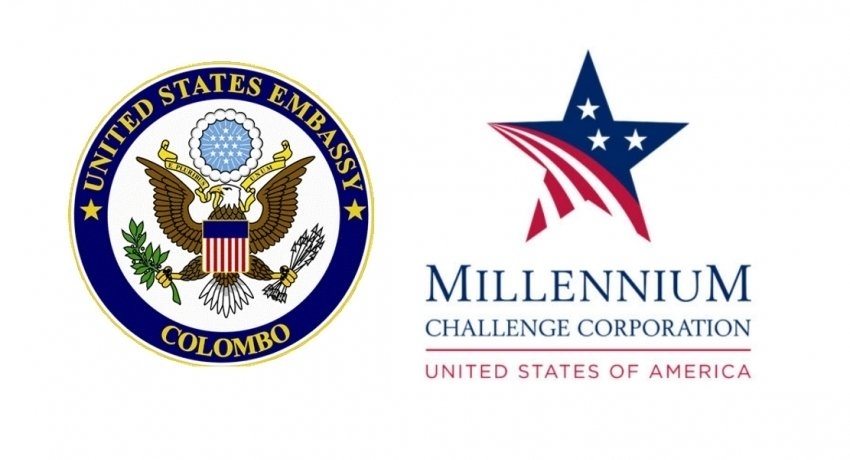 Colombo (News 1st); The US Embassy in Colombo on Monday said that the Government of Sri Lanka is reviewing the proposed Millennium Challenge Corporation Compact Agreement.

“We understand the Government of Sri Lanka is reviewing the $480 million grant”, the US Embassy in Colombo said in response to a question posed by News 1st.

A spokesperson for the US Embassy in Colombo when asked about the comment made by Minister (Dr.) Ramesh Pathirana on MCC said that “the government should be contacted for its official position.”

Pathirana on Sunday said the 4-member Committee appointed to review the proposed Millennium Challenge Corporation Compact determined the agreement was not in favour of Sri Lanka and is not suitable for the country.
Following a Cabinet decision taken on December 18, 2019, the Committee was appointed with effect from January 01st, 2020.

Prof. Lalithasiri Gunaruwan of the University of Colombo is the Chairman of the Committee while former Secretary to the Ministry of Transport Dr D. S. Jayaweera, President’s Counsel Justice Nihal Jayawardena and architect Nalaka Jayaweera are the other members.

Prof. Lalithasiri Gunaruwan on Sunday said the final report of the committee is yet to be handed over adding the committee is only tasked with providing information to the state and the government can use the report to decide if it does not wish to sign the agreement.