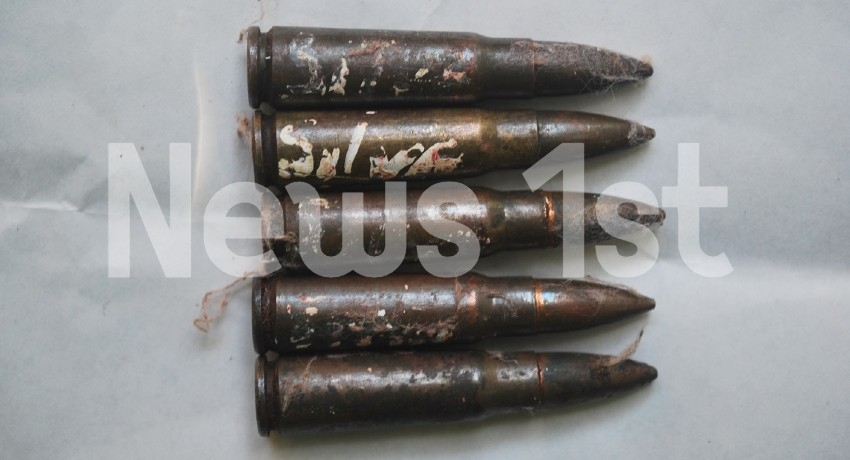 Colombo (News 1st); 05 live T-56 assault rifle bullets were discovered on the doorstep of the house of a Jailor attached to the Boossa Prison this morning – and all bullets were engraved with the jailor’s name.

A team led by the OIC of the Galle Division Crimes Investigations Unit is carrying out investigations, and the Police K9 Unit was also called in.

On the 06th of June 02 Mobile Phones, 02 SIM Cards, a Mobile Phone charger, a hands-free and several other items were discovered carefully hidden-away inside the prison cell of ” Kanchipani Imran “, a notorious criminal held at the Boossa Prison.

The Head Jailor of the Bossaa Prison has given his full support for the raid on the 06th of June and is reported to have supported similar raids at the prison.