WATCH VIDEO: ‘All dressed up and nothing to do’; massive security at Chinese Embassy but protesters no-show

WATCH VIDEO: ‘All dressed up and nothing to do’; massive security at Chinese Embassy but protesters no-show

10th June 2020 | Colombo (News 1st): Security around the Chinese Embassy in Colombo was tightened on Wednesday (10) morning, as a result of a protest that was to be held there.

The National Movement for Consumer Rights Protection had planned to hold a demonstration opposite the embassy on Wednesday (10) against the Chinese government over the spread of COVID-19 around the world.

The Cinnamon Gardens Police had taken steps to obtain a court order against the protest being held opposite the Chinese Embassy and a police force of approximately 100 officers was deployed at the location.

The police took steps to hang banners that depicted the court order that had been issued. 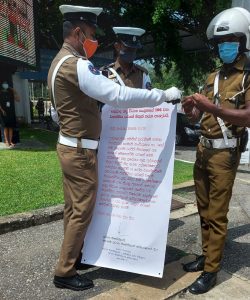 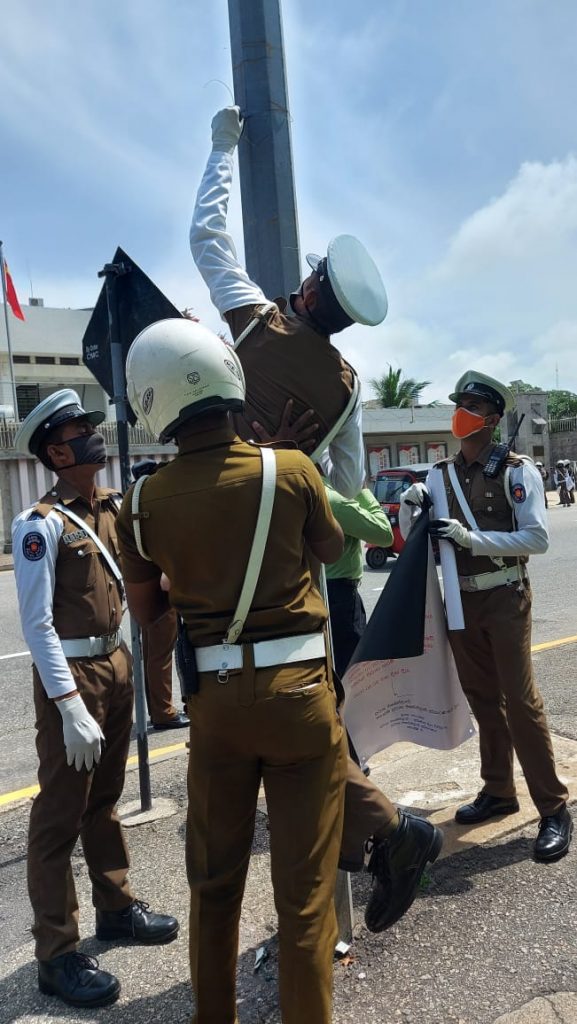 However, the protesters did not show up until Wednesday afternoon.

Several senior Police including Senior Deputy Inspector General of Police in-charge of the Western Province, Deshabandu Tennakoon was seen at the location. After a couple of hours, the Police officers that had gathered near the Chinese Embassy in Colombo dispersed.

Chairman of National Movement for Consumer Rights Protection – Ranjith Vithanage commenting on the situation said that the OIC of the Cinnamon Gardens Police came to his house and handed him a court order.

He added that the OIC has obtained the court order after explaining false facts to the court.

Addressing the Government and SDIG Deshabandu Thennakoon Vithanage stated the following,
“If you were planning to treat us the same way you did to the protesters yesterday, let go of that dream. We would also like to state this to the Government. Come down from your high horse and look. Do not breach the rights which have been given to the people through the constitution.”

Meanwhile candidate contesting the General Election from the Samagi Jana Balawegaya – Chameera Perera said that the Police is attempting to show that equal protection has been provided to the Chinese Embassy as well as other diplomatic premises.

Adding further he said that this an attempt to conceal what happened yesterday and that the Government has provided an unnecessarily large contingent of security to prevent a minor protest.

“We saw how people acted in an anti-US manner to win the election. We saw how much they opposed the MCC back then.” Perera said.

Perera said that this country’s leader and the Police were sworn in to protect the United States.

“Imagine how they would treat the people if they oppose the MCC agreement and start protesting? This was only a trial.” Perera concluded.