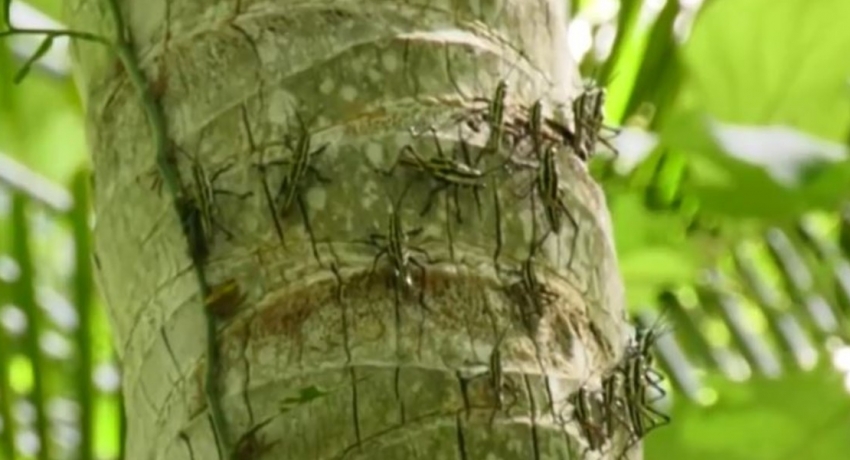 COLOMBO (News 1st): The Department of Agriculture has requested the general public to be on high alert over an unusual increase in any insect population in the country.

The Department urged the general public to immediately contact the 1920 hotline in such an event.

“The Yellow-Spotted Locust invasions are being reported from multiple areas including Kurunegala, Meerigama, Mawanella, Matara and Beliatte,’ the Department added.

Southern Province Agriculture Director I. D. Gunawardena said measures are being taken to control the spread of the locusts.

Meanwhile, an unidentified type of Moths was found in many areas of the Puttalam district.

Officials of the Zonal Agriculture Resource Center located in Madampe attached to the North Western Provincial Department of Agriculture said that moths are found in Madampe, Medagama, Galahitiyawa and Etiyawa.

According to our correspondent, this type of species mostly rest on trees and electric wires.

Drunk driver shot dead for hurling a stone at Cop