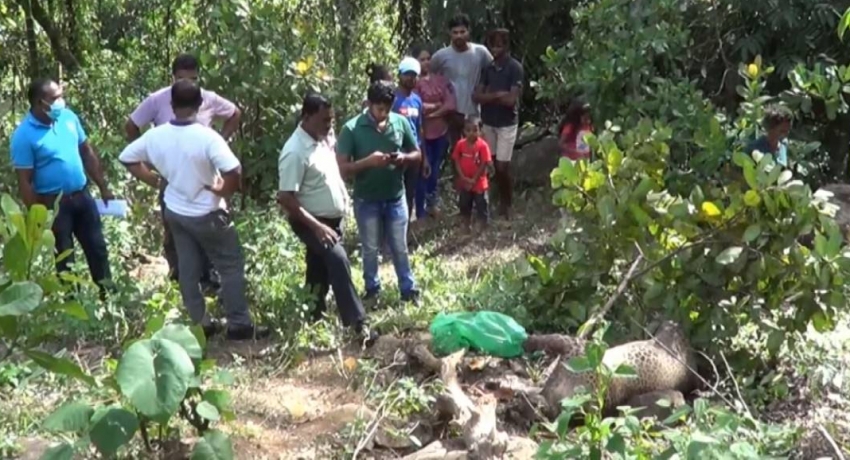 COLOMBO (News1st): The carcass of a leopard which had been killed by a snare trap was discovered in the Galle district on Tuesday, recording the fourth death of its kind this year, while underscoring the need to protect animals from snares.

The carcass of the animal had been discovered near the Dellawa Forest Reserve after residents noticed a strange odour in the area.

The leopard, which was six feet long, and believed to be eight years old had died about eight days ago, wildlife officers said, adding that the animal is endemic to the country.

This is the first time that a leopard of its kind had been discovered in the Galle district, wildlife officers who inspected the animal said.

“We will enforce the law against those who set-up snares to trap animals,” wildlife minister S.M. Chandrasena had said after a rare black leopard which was rescued from a snare in Nallathanniya died last week.

Hours before the black leopard had died, another leopard had been trapped in a snare behind a house in the Yatiyanthota area, drawing anger from various segments of the society.

Environmentalists have warned that leopards are vulnerable to snares which can trap an animal around its neck or the body using a noose made usually by wire or a strong string.

Another leopard found dead in Neluwa.

Another leopard found dead in Neluwa.