The National Election Commission will meet on Wednesday to decide on a fresh date for the General Election, the Chairman of the NEC Mahinda Deshapriya said.

The decision comes after the Supreme Court dismissed all Fundamental Rights petitions challenging the General Election which was to be held on the 20th of June.

“Following the decision of the Supreme Court to dismiss all the Fundamental Rights applications, the Commission will meet tomorrow to decide on the election”, Mahinda Deshapriya said while speaking to News 1st subsequent to the Supreme Court’s decision.

On the 2nd of March 2020 President Gotabaya Rajapaksa issued a gazette dissolving the 8th Parliament and announcing that the General Election would be held on the 25th of April while the new Parliament will convene on the 14th of May 2020.

However, following the COVID-19 outbreak in the country the Chairman of the NEC addressing a letter to the President, requested him to seek a determination from the Supreme Court on a fresh date to hold the General Election.

In reply to the request, the Secretary to the President Dr. P.B.Jayasundara on the 6th of April stated that it is the responsibility of the NEC to determine a date for the General Election.

Subsequently, the NEC issued a special gazette postponing the General Election to the 20th of June.

After 10 days of considering the FR petitions and intervening petitions, the Supreme Court today dismissed all petitions and denied granting leave to proceed. 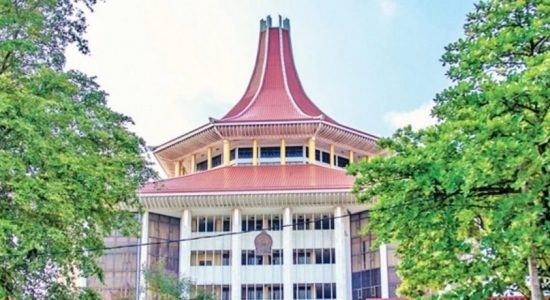