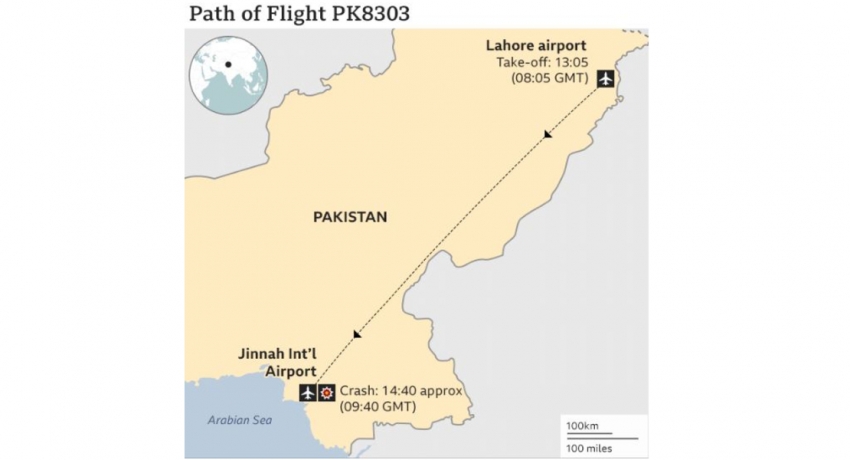 Karachi, Pakistan (BBC): Pakistan’s provincial health officials in Karachi have confirmed that at least 37 fatalities, but a far higher death toll is feared in the PIA flight PK8303 crash.

According to BBC, at least three passengers have survived.

A Pakistan International Airlines Airbus A320 flying from Lahore crashed in the densely populated Model Colony residential area of Karachi, on Friday.

The pilot had reported a loss of engine power and subsequently issued a mayday.

TV footage showed rescue crews combing through debris strewn across the streets of Model Colony, 3.2km (two miles) north-east of the airport. A number of houses were destroyed.