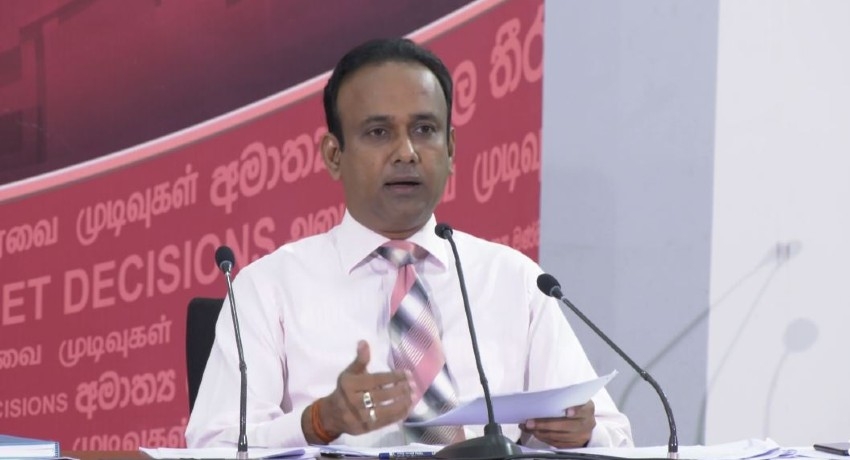 More than 41,000 Sri Lankans expect to be repatriated to the country

More than 41,000 Sri Lankans expect to be repatriated to the country

Joint Cabinet spokesperson Minister (Dr.) Ramesh Pathirana speaking at the Cabinet Media Briefing this morning said another 41,000 Sri Lankan anticipate to be repatriated to the country from across the world.

He went on to note more than 11,000 Sri Lankans who had traveled overseas on tourist visas are stranded abroad as well.

The Minister said on the 22nd of May measures will be taken to repatriate Sri Lankan students from Russia and on 23rd May Sri Lankans at risk in Bangladesh would be flown out.

Permission was also granted to repatriate Sri Lankans based in the Middle East and the Maldives based on priority requirements.

Joint Cabinet spokesperson Minister (Dr.) Ramesh Pathirana said 6870 Sri Lankans are in the Maldives at present and many requests were made to the government to repatriate them.

He said the President had instructed to pay special attention to the repatriation of expatriate workers in the Middle East and the Maldives.

The Joint Cabinet Spokesperson said they would be repatriated in several stages in a streamlined manner.