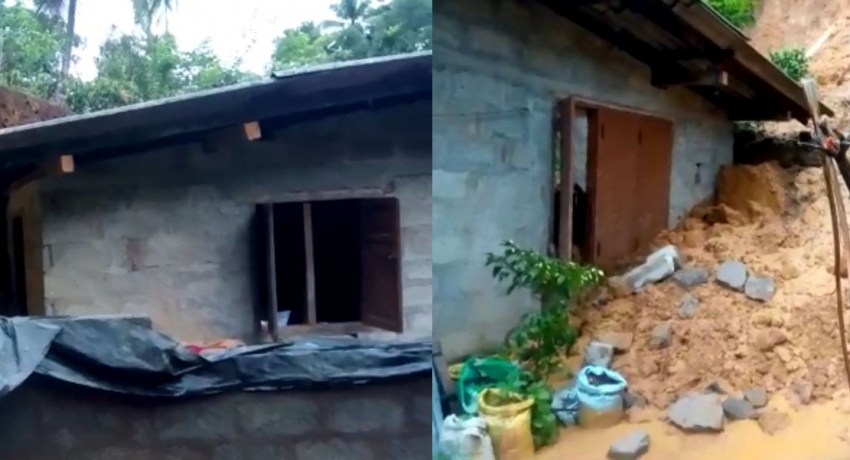 Woman and child buried alive under earth embankments in Ratnapura

Woman and child buried alive under earth embankments in Ratnapura

Colombo (News 1st); A woman from Pelmadulla and a child from Alugala, Ratnapura died after they were buried alive under an earth embankment.

The Ratnapura District Secretary issued instructions to evacuate families from high-risk areas in order to prepare for a major flood situation.

Malini Lokupothagama, the District Secretary of Ratnapura said the water level of the Kalu River is rising towards a major flood in Ratnapura.

She said the Seevali Grounds in Ratnapura is flooded and irrigation officials have noted the flood situation would be similar to what was experienced back in 2018.

She went on to note 100mm of rain was experienced within 01 hours in Ratnapura adding warnings were issued to the locals on multiple occasions.

The District Secretary added Search and Rescue Operators from the armed forces are on standby to address any emergency.

She added people living in high-risk areas were instructed to be moved to camps and requested the general public to always remain vigilant over rising floodwater although it is nothing new to the people of Ratnapura.