According to the Department of Irrigation, Kalu River in Ratnapura and Gin River in Thawalama & Neluwa have exceeded minor flood level.

According to the Department of Meteorology, prevailing showery condition in the South-western part of the country particularly in Southern,Western, Sabaragamuwa and Central provinces is expected to continue further. 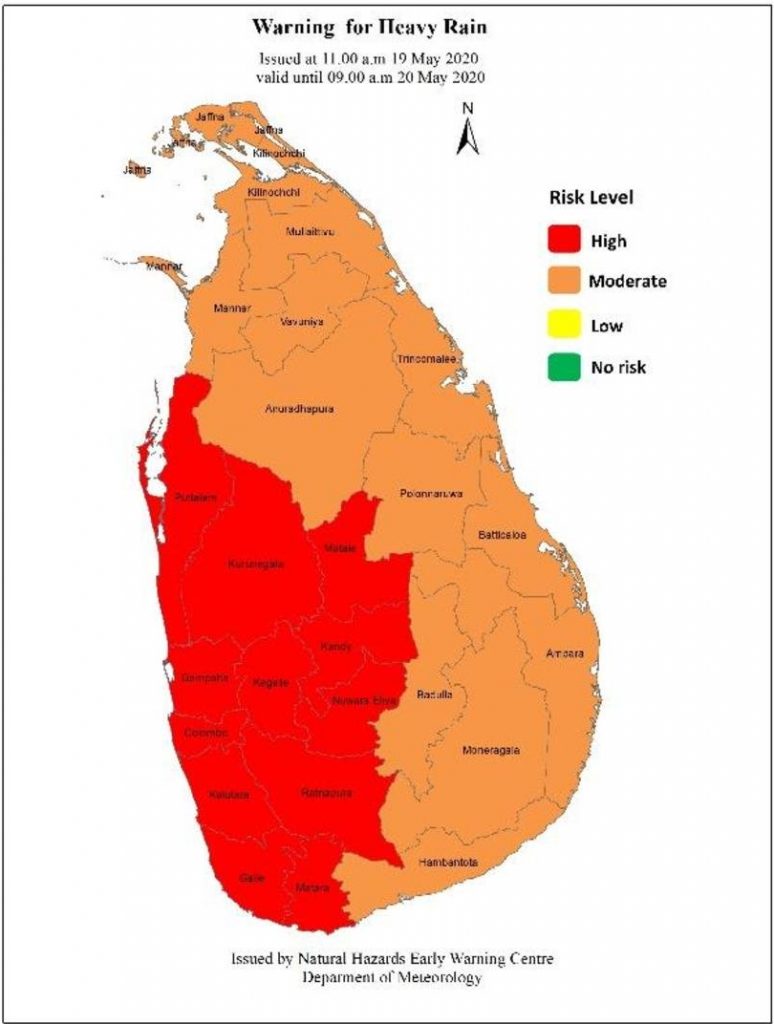 The Super Cyclonic Storm ”AMPHAN” over west-central Bay of Bengal and neighborhood, is very likely to move north-northeast away from the island towards west Bengal coast during on Wednesday (May 20). 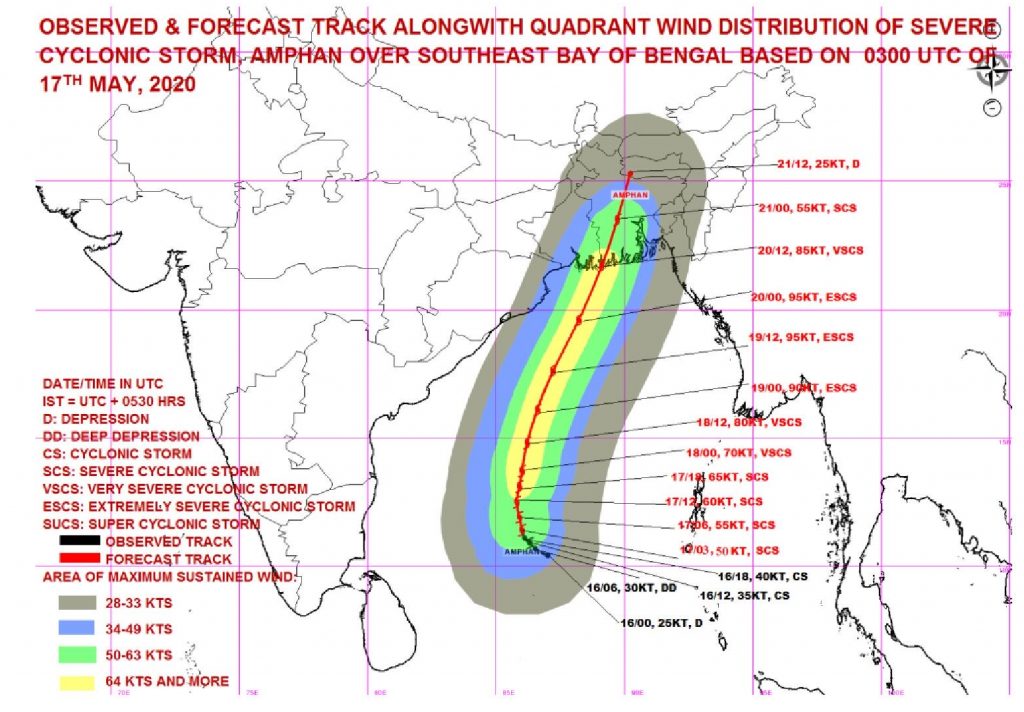 Wind speed can increase up to 50-60 kmph at times over the island.

The Department of Meteorology has requested the general public to take adequate precautions to minimize damages caused by lightning activity during thundershowers.