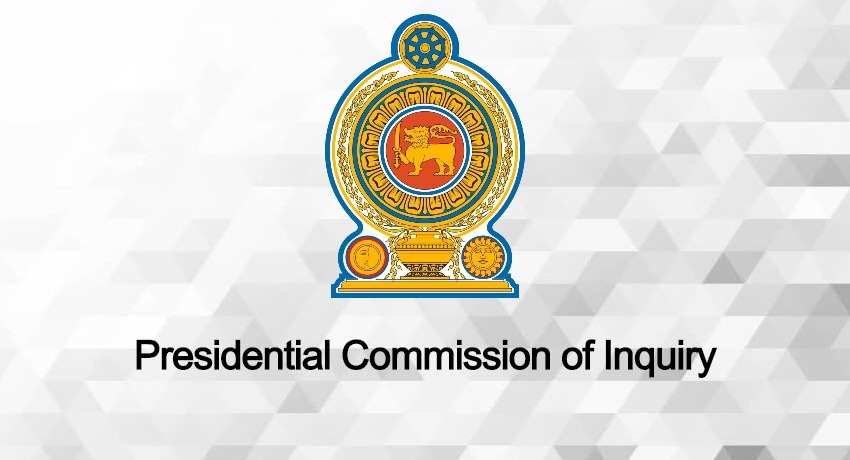 Colombo (News 1st); Deputy Police Chief Chandana Athukorala who was in-charge of the Negombo Division in April 2019 in his testimony to the Presidential Commission probing the April 21st, 2019 attacks on Friday said a letter containing intelligence information about the attacks reached him via a messenger on the 12th of April.

He said the contents of the letter were inspected on the 13th of April and all police stations under his control were informed about taking necessary measures.

The witness added, the matter was even discussed at the breakfast table on the 15th of April at his office.

DIG Chandana Athukorala said the OIC of the Intelligence Branch of the Negombo Division was advised to increase security across places of worship.

He said the OIC of the Intelligence Branch who was actively involved in Intelligence gathering on drugs trafficking in the area at the time, reported back there was no special information about an attack.

However, the witness said Senior DIG Nandana Munasinghe informed him about the attacks on the 20th of April adding he was not informed about any such attack by DIG Deshabandu Tennakoon.

Senior DIG in charge of the Western Province Deshbandu Tennakoon appearing at the Presidential Commission said the intelligence letter about the attacks does not give a direct warning about the attacks.

He said, however, the State Intelligence Service, the Criminal Investigations Department, and the Defence Ministry were fully aware of all details.

He said there was no weight on the information when passed down to the lower ranks of Sri Lanka Police by the top brass.

When questioned by the commission about taking leave, DIG Deshabandu Tennakoon said he applied for leave on the 03rd of April 2019 and at the time there was no information available about an attack.

Tennakoon said he took leave from the 18th and he was not made aware by anyone at Sri Lanka Police about the attacks even on the night of the 20th of April 2019.