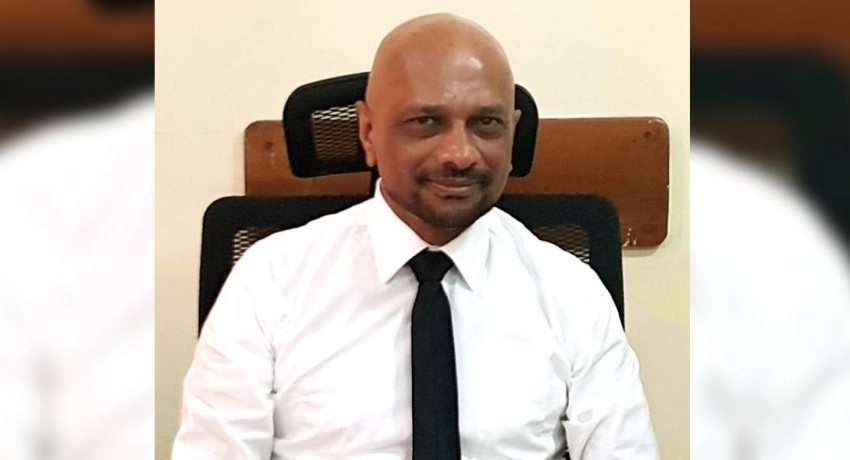 COLOMBO (News1st): The director of the Kurunegala Teaching Hospital is facing a backlash after refusing to accept a job transfer amidst mounting allegations of inefficiency.

Dr Sarath Weerabandara has refused to accept the transfer made by the Health Ministry following a strong allegation from the Government Medical Officers Association (GMOA), stating that the national election Commission has cancelled the transfer.

Last week, the health ministry had instructed the immediate transfer of Dr Weerabandara, who accused a Muslim doctor of sterilizing women last year, stoking communal hate, pending an inquiry into complaints against his “arbitrary and inefficient administration”.

The ministry nominated Dr Chandana Kendangamuwa, the deputy director of the hospital, to take over as the acting director until a permanent appointment is made.

“The election commission has issued a letter stating the transfer is illegal,” Dr Weerabandara said at the hospital premises on Wednesday as hospital employees booed and obstructed his entry, resulting in a tense situation.

The GMOA — which stood with the director when he accused Dr Shafi Shihabdeen of sterilizing Sinhalese Buddhist women, fuelling ethnic tensions in the island nation — recently wrote to the health ministry levelling 13 charges against him.

The medical body accused Dr Weerabandara of displaying inefficiency amidst the coronavirus pandemic, claiming that his conduct had caused “administrative problems”, and had led to a “decline in faith placed by patients on the hospital”.

Dr Indika Ratnayake, a GMOA member, who endorsed a letter requesting the ruling Sri Lanka Podujana Peramuna (SLPP) to grant nominations to Dr Weerabandara at the upcoming general elections, is also among those protesting against him.

“To receive nominations he was touring the country for around one and half months leaving his duties at the hospital unattended. He used hospital property including vehicles and the staff to serve his guests,” Dr Ratnayake alleged.

However, the Chairman of the Committee to Protect the Kurunegala Teaching Hospital, maintains that the polls body has ruled the transfer as illegal and that the recent protests have inconvenienced patients.

“In a letter, the election commission has ordered to cancel the transfer until the election is concluded,” Pradeep Priyashantha said.

“The office is the heart of this hospital. All processes take place from there. Yesterday, many activities at the hospital were seriously hindered. Imagine the inconvenience caused in issuing medicine yesterday”.

Dr Shihabdeen had been remanded after he was charged with maintaining links to a local group blamed for the attacks, and also money laundering in addition to the mass sterilization.

However, he had been released on bail after the Criminal Investigation Department which investigated the case found that there was no evidence to prove the charges against him.

Some believe that the campaign against Dr Shafi had been politically motivated in the lead up to last year’s presidential election, as he had contested the 2015 parliamentary election with the All Ceylon Makkal Congress, a party allied with the then ruling United National Party.

A fundamental rights petition filed by Dr Shafi against his arrest and detention is pending before the supreme court.

The tension between firmer allies has caused inconvenience to the patients who are taking treatments from the Kurunegala Teaching hospital at a time when the entire country is battling the pandemic.