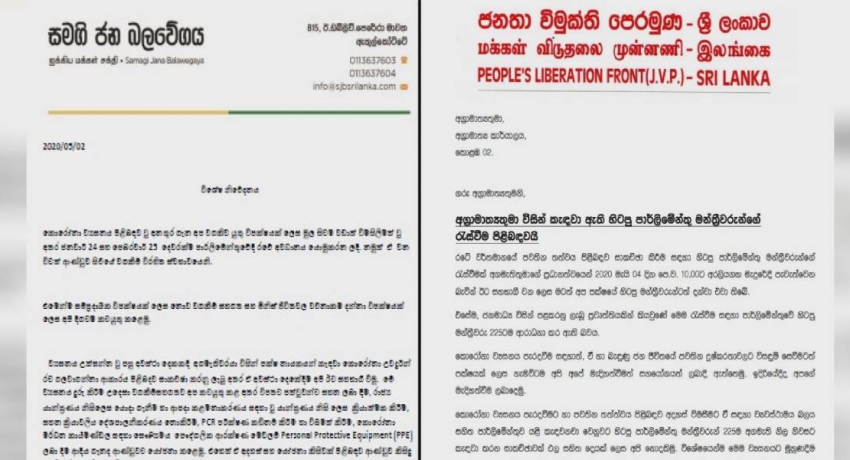 COLOMBO (News1st): The Samagi Jana Balavegaya (SJB) has said it would not participate in a meeting between the Prime Minister and all former members of the 8th parliament – becoming the second party to do so, echoing calls to reconvene Parliament.

“The practical course of action would be to reconvene Parliament under the former speaker,” the SJB, led by former opposition leader Sajith Premadasa said in a statement on Saturday.

“It is the Parliament which can decide on matters with regard to state finance and grant approval concerning such laws,” the statement read.

On Friday, the far-left People’s Liberation Front (JVP) announced it would boycott the meeting, urging President Gotabaya Rajapaksa to reconvene Parliament or to seek a determination from the Supreme Court to avoid an impasse.

“Summoning all 225 former parliamentarians to discuss on combatting COVID-19, instead of reconvening Parliament, is a futile exercise,” JVP leader Anura Kumara Dissanayake wrote to the Prime Minister.

The JVP leader said that discussing such matters and issues concerning the government’s legal authority to handle public expenses as the interim budget expired this week, cannot be resolved through a meeting.

The SJB also denounced the move to convene a meeting with all former parliamentarians at a time when the President and parties supporting the government have criticized the old Parliament.

The statement pointed out that all main opposition parties had issued a joint statement recently stating that they would support any proposal to grant the government additional funds to combat COVID-19.

“However, we regret that the President’s faction has failed to respond in a respectable manner through his officials,” the SJB noted.