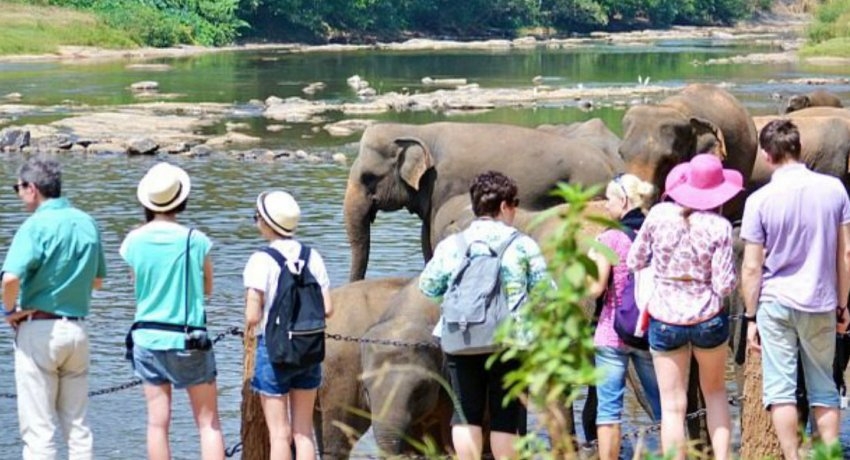 COLOMBO (News1st): Tourist arrivals to Sri Lanka which slumped in the aftermath of last year’s April 21st attacks have declined for the 12th consecutive month in March due to the coronavirus, government statistics show.

Sri Lanka’s tourism development authority, in a monthly report, outlined a paltry figure of approximately 71,000 tourists for March – a drop by 70.8 percent when compared to the same period last year.

“This was due to the termination of all passenger flight and ship arrivals into Sri Lanka from March 18,” the report read.

In January, the tourism ministry predicted at least 3.5 million tourists to visit the country in 2020, but statistics show that arrivals have already dropped by 31.5 percent so far this year.

This worsens troubles for the economy of the south asian island as it relies heavily on its tourism industry which generated four billion dollars in revenue last year.

Tourism officials are set to convene a meeting next week to discuss matters regarding the industry which is reeling, sources at the tourism ministry told News1st.

Neighbouring India located off Sri Lanka’s northern tip, accounted for 17.7 percent of the island’s tourist market share – the highest in March, while Russia chipped in with 12.4 percent followed by the UK with 11.2 percent.

Tourist arrivals from China – the epicentre of COVID-19, dwindled drastically by 92.9 percent with figures of 1600 when compared to March last year during which at least 23,000 arrivals were recorded.

“However, it is noteworthy that arrivals from Kazakhstan have recorded an increase of 79.7 percent,” the report stated.

Tourist arrivals declined significantly by 70.8 percent in May last year following the terrorist attacks, when compared to May 2018.