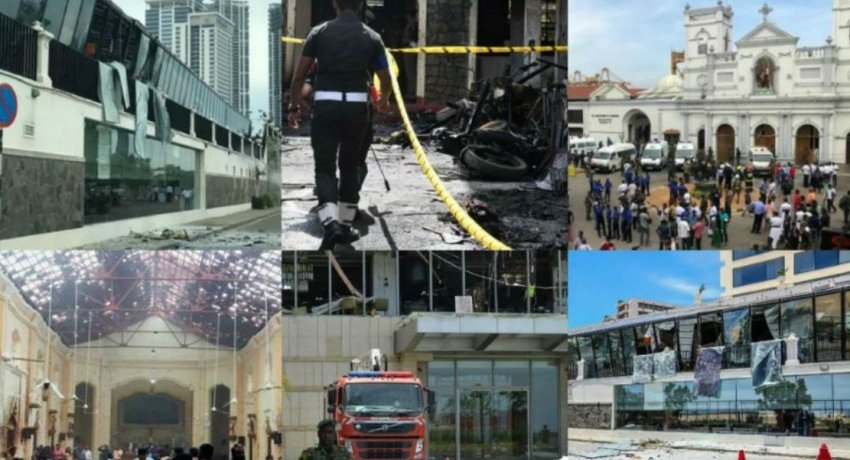 COLOMBO (News1st): Sri Lankan President Gotabaya Rajapaksa, issuing a message in remembrance of last year’s April 21st attacks, assured he would punish the perpetrators of the bombings amidst mounting cries of delayed justice.

“I will not leave any room for any form of extremism, or violence from any extremists to be unleashed on my people again,” Rajapaksa stressed, as the country mourned in silence with curfews in place due to COVID-19.

Bombers struck three churches and three hotels in a coordinated series of bombings, on an Easter Sunday morning, killing at least 259 and wounding more than 500.

“This heinous crime against humanity needs to be condemned by all without any tolerance towards this extremist ideology,” Rajapaksa said in his message.

With social distancing restrictions in place, small-scale events were held countrywide to remember the victims, as the country also observed a two-minute silence at 8:45 am – during which the first explosion had struck the St. Anthony’s Church in Colombo.

Prime Minister Mahinda Rajapaksa also lit a candle and joined the country in observing the two-minute silence from his official residence down Wijerama Mawatha in Colombo.

Earlier Tuesday, Archbishop of Colombo, Cardinal Malcolm Ranjith, in a special statement, blamed the government at that time for ignoring intelligence warnings on the attacks and failing to punish the masterminds of the carnage.

“There are several others who manipulated, propagated extremist ideologies, corrupted them, and supported them financially or by any other means”, the cardinal said in a televised address.

“We do not have to consider their social status or political affiliations. We should identify and expose them to the world.”

The police said that 119 suspects have been detained by the Criminal Investigations Department in connection to the attacks.

“40 are on retention orders. 78 are at the Terrorism Investigation Division. Of these, 52 are being held and questioned,” police spokesman Jaliya Senaratne said.

He added that the Terrorist Investigation Department is carrying out three investigations into the attacks.