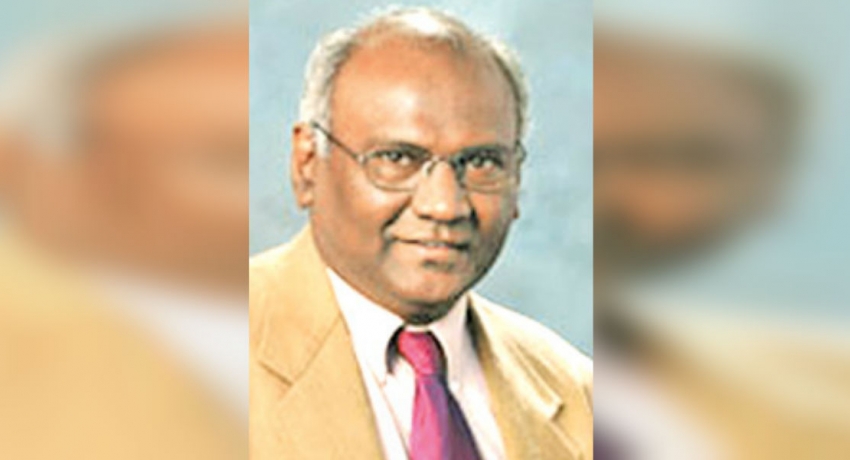 COLOMBO (News1st): A member of Sri Lanka’s national election commission (NEC), in a hard-hitting letter, has responded to the President’s Secretary days after he refused a request to seek court opinion on the general election.

NEC Chairman Mahinda Deshapriya had requested the President to seek an opinion from the supreme court on the date to conduct the general election, citing constitutional issues that could arise as a result of failing to conduct it on time.

“The date for fixing the poll is the responsibility of the Election Commission,” President’s Secretary P.B. Jayasundara had said in his response on Monday.

However, Professor Ratnajeevan Hoole who constitutes the three-member election commission responded in an individual capacity on Saturday saying that “averting a constitutional crisis is the President’s (responsibility) more than anybody else’s “.

He pointed out several flaws in the response sent by the President’s Secretary including the misinterpretation of certain constitutional provisions.

Jayasundara had said that the polls chief is “obliged” to specify another day for the election under section 24[3] (of the Parliamentary Elections Act) as the election cannot be held as scheduled on April 25.

The law states that the polls chief “may” appoint another day to conduct the election and as such it is not an obligation, Prof. Hoole noted.

“As per the advice by His Excellency, it is not possible at this point of time to state that the election cannot be held on or before 28.05.2020,” the President’s Secretary stated.

Prof. Hoole queried as to whom the President had given his advice to, and also cited a comment made by former lawmaker President’s Counsel Wijeyadasa Rajapakshe, stating that this issue cannot be resolved with the constitutional provisions or the Parliamentary Elections Act.

“That is, a constitutional impasse is imminent according to the President’s loyalist,” the election commission member pointed out.

Sri Lanka’s constitution requires the new parliament to convene in three months since being dissolved, which in this instance would mean that the Parliament should be convened on June 1.

Polls chief Deshapriya had said that if parliament is to be convened in June, the general election must be held on May 27 or 28 and that the preparation for the poll should commence on April 20, a situation he said was unlikely due to the situation surrounding COVID 19.

“Come June 2, 2020, the Constitution and the Elections Act will be violated,” Prof. Hoole said.

No need to seek court opinion on the election: President’s Secretary