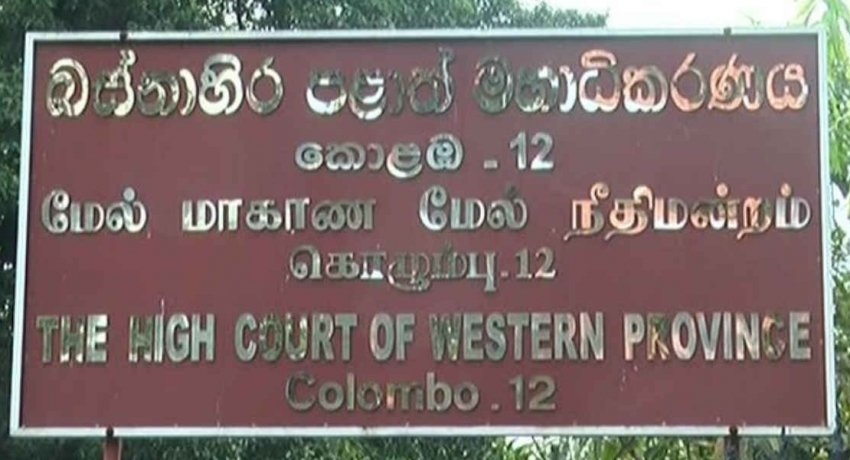 He made this statement, after rejecting a large number of bail applications filed in court, and a majority of them were filed by drug offenders and highly violent criminals.

Additional Solicitor General Sarath Jaymanne appearing for the Attorney General at Colombo High Court Number 07 today (02) said at a time when the Government Medical Officers Association has stressed the country is at State 03(a) of COVID-19, the urgency of filing motions for bail raises serious concerns.

He informed court, the Presidential Task Force to Combat COVID-19 had not given any recommendation to go ahead with court proceedings at a time when the Government had stressed on the importance of maintaining social distancing.

ASG Jayamanne further stressed the best place for remandees at present is the prison as the premises are not visited by anyone from the outside and there is very less possibility of the virus entering prisons.

He added, even if all bail applications are permitted and 120 people are released, it would not solve the issue of congestion at prisons.

Sarath Jayamanne went on to note, what is happening is, drug traffickers are cashing in during troubled times and this poses a serious threat to society as a whole.

ASG Jayamanne added of the 15,000 remandees 6000 are drug offenders, and these applications for bail are filed by those who can retain lawyers, and those who wish to manipulate the system.

He added, never in the history of Sri Lanka had a person on trial for drug offences, was granted bail during a trial.

He further said, convening court at times like this poses a threat on the lives of all those present in court,especially if one person infected with the virus enters the premises.

He reiterated, there was an ulterior motive in filing these specific applications seeking bail.