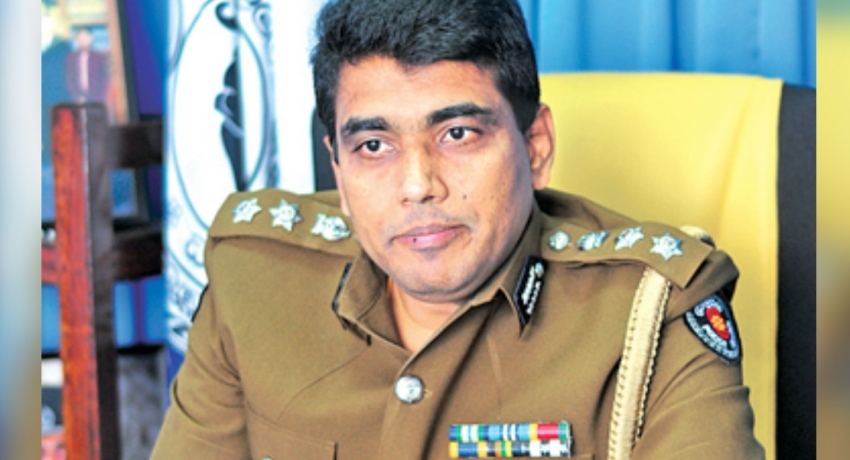 Colombo ( News 1st ) – Sri Lanka Police will show no mercy towards any person who acts in a reckless and irresponsible manner and fails to respect and adhere to the laws and regulations, especially with regard to quarantine.

DIG Ajith Rohan speaking on the ” Eherenna (Wake-up) ” program on Sirasa TV on Friday(20) said legal action was filed against a resident from Ja-Ela who acted irresponsibly by concealing the fact he associated those who returned from Italy and exposing several doctors and nurses to the virus.

He said the ward in which the COVID-19 case was admitted to at the Ragama Hospital was subject to disinfection and those who were present were subject to immediate quarantine.

DIG Ajith Rohana compared the COVID-19 case detected from the Ragama Hospital to the Patient 31 in South Korea.

He went on to note, the immovable property of the Ragama COVID-19 case and those who aided him were sealed and taken in to custody of Sri Lanka Police for future legal action.

DIG Ajith Rohana said according to the provisions of the Quarantine and Prevention of Diseases Ordinance, anyone who violates a quarantine order can be arrested without a warrant and be subject to a six month jail term and a fine.

Ajith Rohana said, the Mayor of Dambulla not only violated the quarantine law by organizing a bicycle race, but also committed an offence under the penal code for Malicious act likely to spread infection of any disease dangerous to life as well as Disobedience to a quarantine rule, which will see a minimum of 02 years in prison.

DIG Ajith Rohana went on to note, if an irresponsible and reckless act of such nature could lead to the death of another person, such individuals will be charged with murder.

He said for the first time in human history, Sri Lanka became the only country where protests took place against measures taken to prevent the spread of COVID-19 adding it will etched in history as a black mark for Sri Lanka.