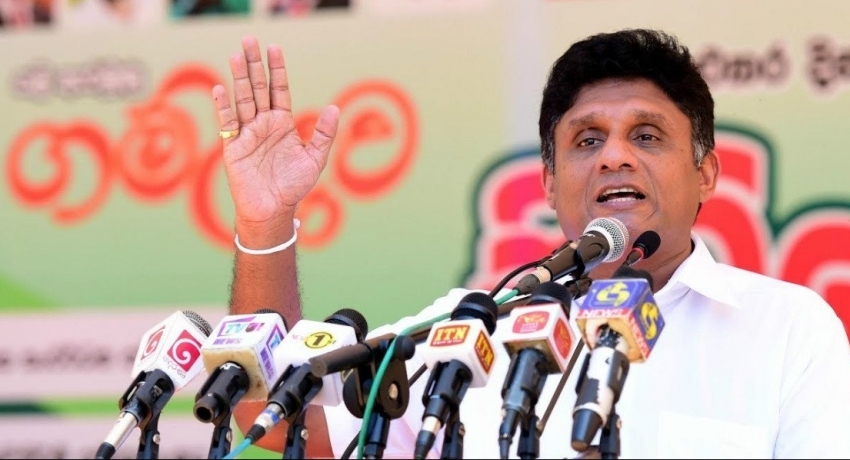 “Several political forces have joined hands to suppress our political force. They are trying to throw us out of democratic politics. It is the public who has the right to vote. They are carrying out various conspiracies to terrify the Samagi Jana Balawegaya by trying to deny the people of their right to vote using various backdoor techniques and through deal politics. Since we are associating with the public, those who are unable to do that are making plans in their air conditioned rooms to stop our mission through deal politics. We will defeat deal politics through democratic and legal means. The best friends have struck deals and formed alliances. The only way to defeat all of this is through the people’s power.”

The Leader of the new alliance, Sajith Premadasa was then questioned as to if these deal politics are conducted by the groups that broke away from his alliance, to which he replied saying;

“”I think in a few days all will be able to find out who is trying to defeat us through conspiracies. This deal conspiracy will come out in a few days. That is why I revealed all of this now, before they come up with their deals. I reiterate that we will face these challenges and will defeat them.”

Q:- Namal Rajapaksa says that all political activities in the Hambantota district will be halted for 14 days starting from today due to the Coronavirus? Are you in agreement with this?

To this query, he said:

“Five weeks ago I pointed out the risks associated with the Coronavirus. Knowing this, why did they dissolve the Parliament when it could have continued until July or August? They dissolved Parliament as they thought that getting two thirds majority was more important than battling the Coronavirus.”

Meanwhile during another meeting held in Avissawella, the leader of the Samagi Jana Balawegaya Sajith Premadasa stated that he will contest the upcoming general election from the Colombo district.

“Today, most of the public representatives have attended this rally without succumbing to threats. I wish to thank you for that. Firstly, I wish to state that I hope to contest the upcoming general election from the Colombo District.”