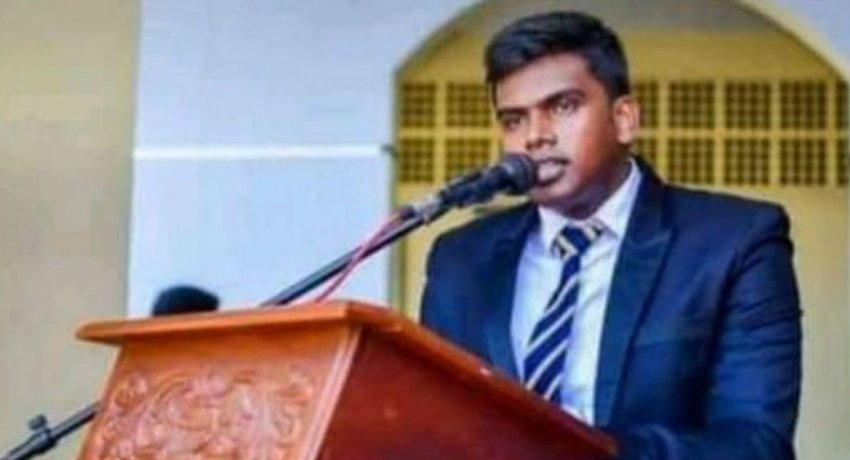 Colombo (News 1st) – The police and the Sri Jayawardenapura University administration have launched two separate investigations into the incident where a first-year student attached to the Management faculty at the university was severely injured. Pasindu Hirushan who suffered severe injuries is still receiving treatment at the ICU of the Colombo National Hospital.

An event was organized by the students of the management faculty on the 5th of this month. Although the event ended at 8.30 that night, a group of students including Pasindu Hirushan stayed back at the university premises past midnight. According to a friend of Pasindu Hirushan, a tyre rolled down from a height and hit Pasindu when he was going towards a tap to drink some water.

Pasindu Hirushan who studied at the Udugampola St. Peter’s College obtained 3A passes at the Advanced Level Examination. He entered the Management faculty of the Sri Jayawardenapura University in December 2019.

However, the Inter-University Students Union claims that the incident was not the result of ragging. Udara Sandharuwan the Acting Convenor of the union noted that they have been able to remove the concept of ragging from Universities to a great degree, but acknowledged that incidents of ragging are still being reported. When questioned whether they received permission to remain in the university premises past midnight, under the influence, Udara dodged the question. He stated that the union does not approve incidents of this nature and called for a proper investigation.

A police investigation under the direct supervision of the Senior DIG of the Western Province Deshabandu Thennakoon has been launched. The teams investigating the incident visited the University premises today.

The Vice-Chancellor of the Sri Jayawardenapura University visited the National Hospital today to inquire into the wellbeing of Pasindu Hirushan. Professor Sudath Liyanage told the media that the university had decided to cover Pasindu’s medical expenses and are working closely with the Police as well inorder to uncover the perpetrators behind the incident.