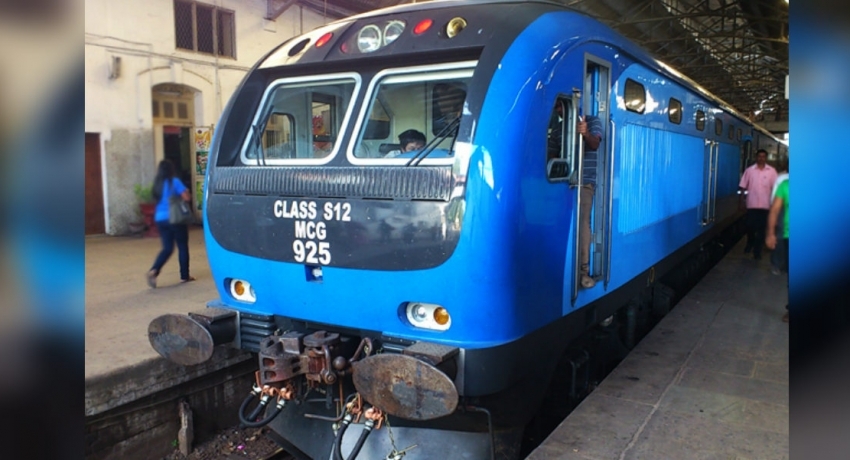 Colombo (News 1st) – A trade union action will be carried out tomorrow by Railway Trade Unions against a comment made by Minister Wimal Weerawansa, that implied drugs are transported by using trains.

Secretary of the Railway Engine Drivers’ Association Indika Dodangoda noted that following the statement made by the ministers, members of their trade union had received numerous complaints and that they had had to face personal problems as well with some of the children of the drivers refusing to attend school out of shame. While condemning the statement, Dodangoda expressed hope that the minister would correct his statement.  He added that railway carriages are unsafe and that there is ample room for anyone to hide contraband and pin the blame on railway workers. Citing this reason he noted that they would commence a trade union action from tomorrow and continue it until authorities put safeguards in place against this.

Lal Ariyaratne the Co-Convener of the Alliance of Railway Operation Inspectors noted that even customs officials do not check each and every parcel. He noted that while they have scanning equipment, customs only check specific packages if they receive a tip-off. He added that they could take similar steps if they also receive a tip-off.

General manager of Railways Dilantha Fernando commenting on the matter noted that Railway engine drivers had never requested him to remove railway security officers from their trains. He added that there hasn’t been a single report of drugs being transported using trains. Fernando went onto state that security has been put in place in railway to ensure the security of passengers and their belongings.