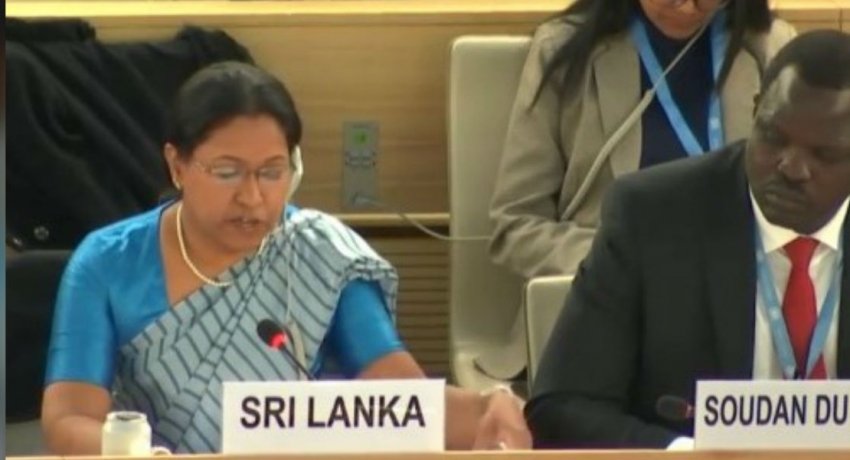 Colombo (News 1st) – Sri Lanka rejected what it called inaccurate assertions and inadequate assessments made by the UN Special Rapporteur on freedom of religion or belief.

A statement by the Government of Sri Lanka issued at an interactive dialogue of the 43rd UN Human Rights Council session in Geneva with Special Rapporteur (SR) Ahmed Shaheed yesterday noted with concern that limited time was made available to Sri Lanka to adequately respond to Shaheed’s report.

Shaheed was in Sri Lanka in August last year, four months after the Easter Sunday attacks. His advanced unedited report, compiled in the wake of this visit and shared with Sri Lanka on February 3 for comments, raised concerns on religious freedom in the island.

Sri Lanka’s statement said “Within the limited time available, Sri Lanka wishes to provide some general observations on the SR’s report. We request that our full observations, which will follow, be published as part of the report,”

In his report, Shaheed said that despite positive developments since 2015, tensions among ethnic and religious communities persist. Significant gaps exist, he said, particularly in upholding accountability and access to justice as well as ensuring non-recurrence of human rights violations.

The SR also referred to statements made by President Gotabaya Rajapaksa in the run-up to last year’s presidential polls that the UN official said had effectively rejected the pledges made by past governments with respect to post-war accountability and reconciliation.