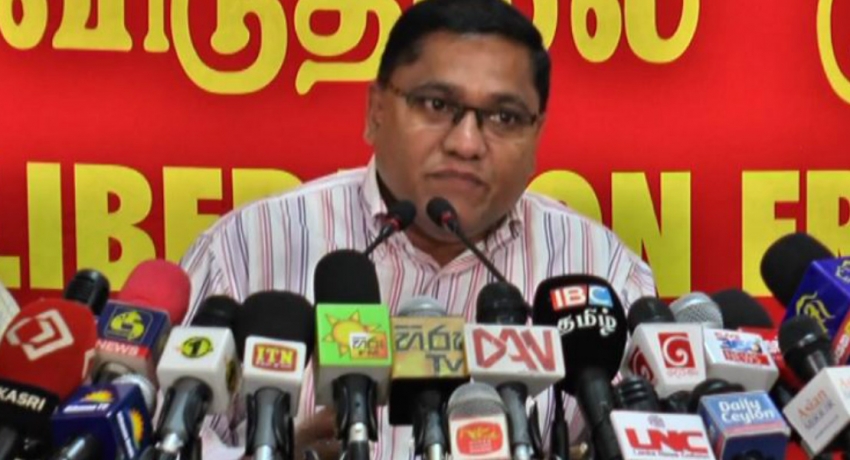 The government will not take action to cancel the UNHRC resolution though the government said that they have withdrawn from co-sponsoring the resolution, JVP MP Vijitha Herath speaking at a media briefing in Colombo on Wednesday.

Herath said if the government is genuinely withdrawing from the resolution the government must present a new proposal for the purpose of removing the existing proposal and get it passed.

“What our leaders are saying to the people and what’s actually happening is completely different,” Herath told the reporters.

The USA, who was one of the key parties who presented the resolution are no longer members of the UNHRC and the proposal should have ended after the US exited the UNHRC, Herath said adding that it did not happen and they left the council, but the resolution remained. Even if Sri Lanka withdraws from co-sponsoring, the resolution will continue to be in operation.