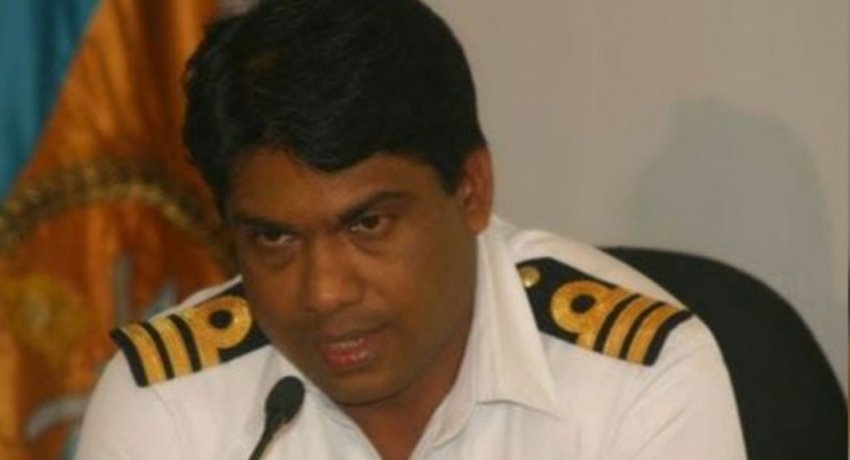 Colombo (News 1st) – Rear Admiral DKP Dassanayake today told the Presidential Commission appointed to probe public sector political victimization if the Government of Good Governance did not bring him back to the country, when he was following post-graduate studies on counter-terrorism in the United States, he could have served to prevent the April 21st Terror Attacks from taking place.

Dassanayake said he left for the United States of America on the 14th of September 2014 to follow post-graduate studies on counter-terrorism and it contained an important program on countering Islamic-Extremism.

He said, after the Government of Good Governance was elected, then Navy Commander Vice Admiral Jayantha Perera informed him to return to the country as per the instructions of then Prime Minister Ranil Wickremesinghe following a decision made by the Security Council at the time.

Rear Admiral DKP Dassanayake said he returned to the country on a 14-day educational holiday adding he was requested to appear at the Criminal Investigations Department on the 19th of February 2015 to provide a statement on the abduction and enforced disappearances of 11 youth in 2008 and 2009.

Dassanayake said rather than recording a statement from him, the OIC of the Criminal Investigations Department Nishantha De Silva filed a motion and obtained an overseas travel ban against him.

Dassanayake went on to note he made multiple requests for the travel ban to be lifted, however they were turned down by court.

He added the situation added serious mental stress on his wife and two children who were in the US.

Rear Admiral DKP Dassanayake was arrested on the 12th of July 2017.

Former Navy Commander Travis Sinniah, who was the Third Officer of the Sri Lanka Navy at the time in a statement to the CID said a black-site or a torture house operated in Trincomalee under Wasantha Karannagoda and it functioned under Sumith Rathnayake and was under the administration of DKP Dassanayake.

Dassanayake has said during the period CIDs Nishantha De Silva had attempted to make him a state’s witness by adding pressure on his wife and children.

DKP Dassanayake said he was pressured to state a camp operated under code name GOTA, under Former Navy Commander Wasantha Karannagoda , who is now Admiral of the Fleet and Former Defence Secretary Gotabaya Rajapaksa, who is now the president.