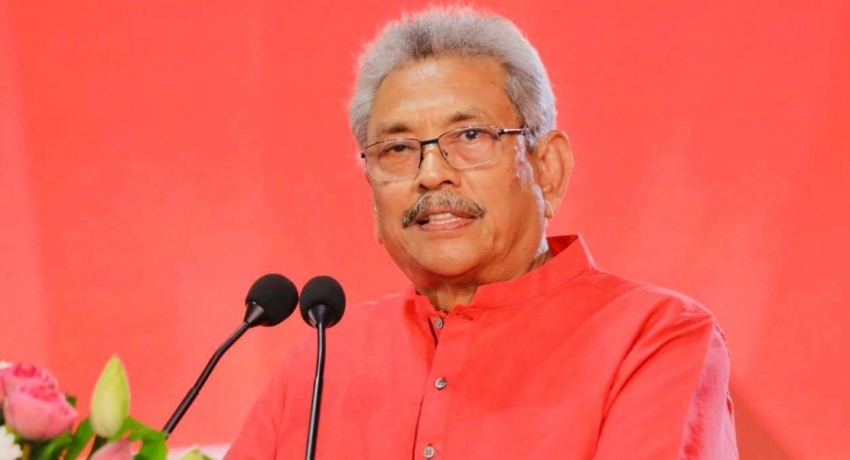 COLOMBO (News 1st):- President Gotabaya Rajapaksa has said it is vital that the development efforts of a country’s executive should be void of judicial interference for the benefit and prosperity of the people. The President made these remarks during a seminar organized in Negombo yesterday (February 14).

The Bar Association of Sri Lanka had organized this year’s seminar under the theme ”Sri Lanka, a Financial and Commercial Hub – Vistas, Challenges, and Prosperity”. Speaker Karu Jayasuriya, Ranil Wickremesinghe, and Attorney General Dappula de Livera were among those who had attended the event which was presided by the President.

Addressing this event, the President said;

“The legal fraternity is often familiar with the phrase “Justice delayed is justice denied”. One of the most common complaints that we hear from the public is that their legal battles get dragged for many years. This had made the entire process less effective for innocents, litigants and conducive for interested parties to frustrate the administration of justice. Therefore it is time for all stakeholders including the judiciary the government and the legal fraternity to come up with a holistic solution to make Sri Lankan legal system to be amongst the world’s best.

“Maintaining the separation of powers between the three branches of government is critical to this. There can be considerable harm to democracy if the legal process and the courts are interfered with by the executive or the legislation. Similarly, it is important that the judiciary does not interfere uneccessarily in the functioning of the executive and legislative branches of the government. Both the executive and the legislative branches are elected by the people through a democratic process and the executive, in particular, has a mandate to act and fulfill the requirements of the people. It is therefore important that the judiciary does not obstruct the development efforts undertaken by the executive to ensure the well being and prosperity of the people.”