Colombo (News 1st): President of the Republic of Guinea-Bissau, Umaro Cissoko Embalo, accompanied by Suzi Barbosa, Minister of Foreign Affairs of Guinea-Bissau who made a brief visit to Sri Lanka this morning en route to Spain called on Prime Minister Mahinda Rajapaksa at Temple Trees.

During the meeting, Prime Minister Rajapaksa had a discussion with the visiting President on matters pertaining to bilateral and multilateral fora. The two leaders also discussed improving the trade, tourism and investment potential of the two countries.

The visiting President was received at the Colombo International Airport by the State Minister Susil Premajayantha. 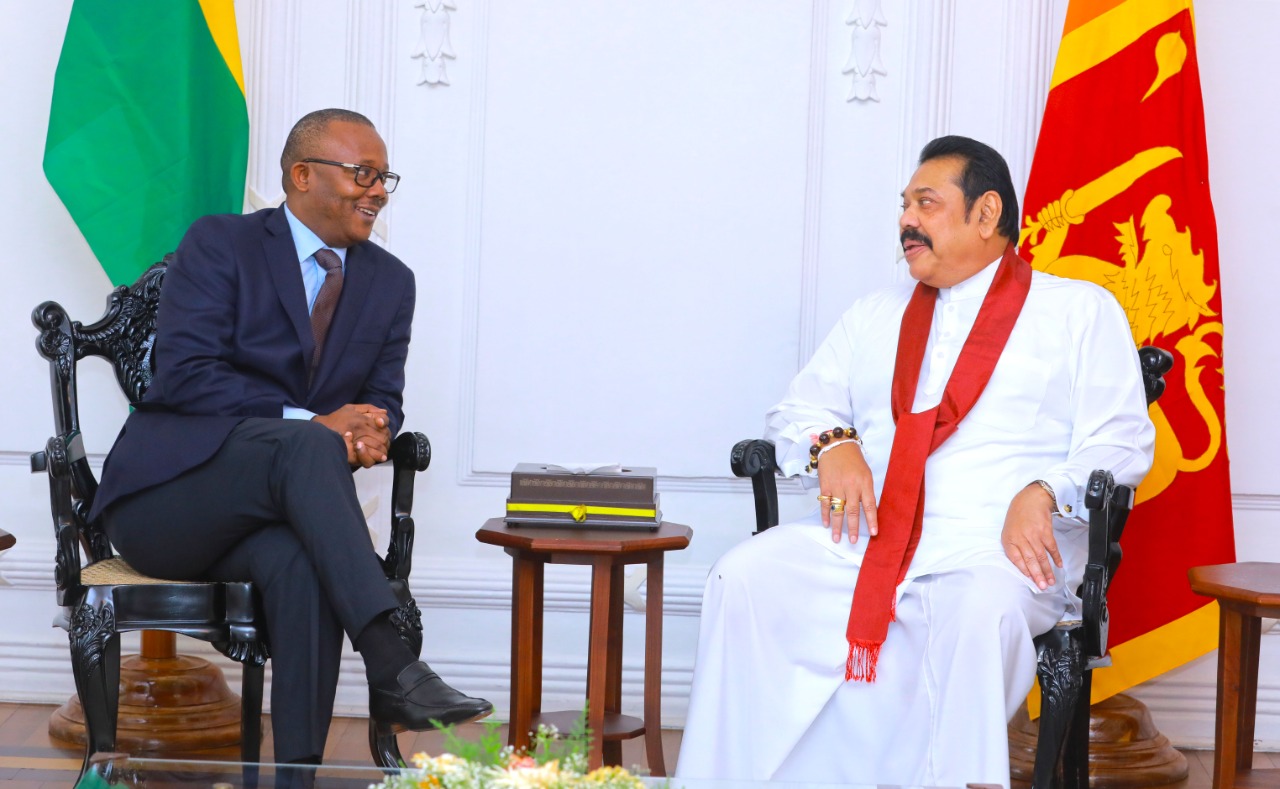 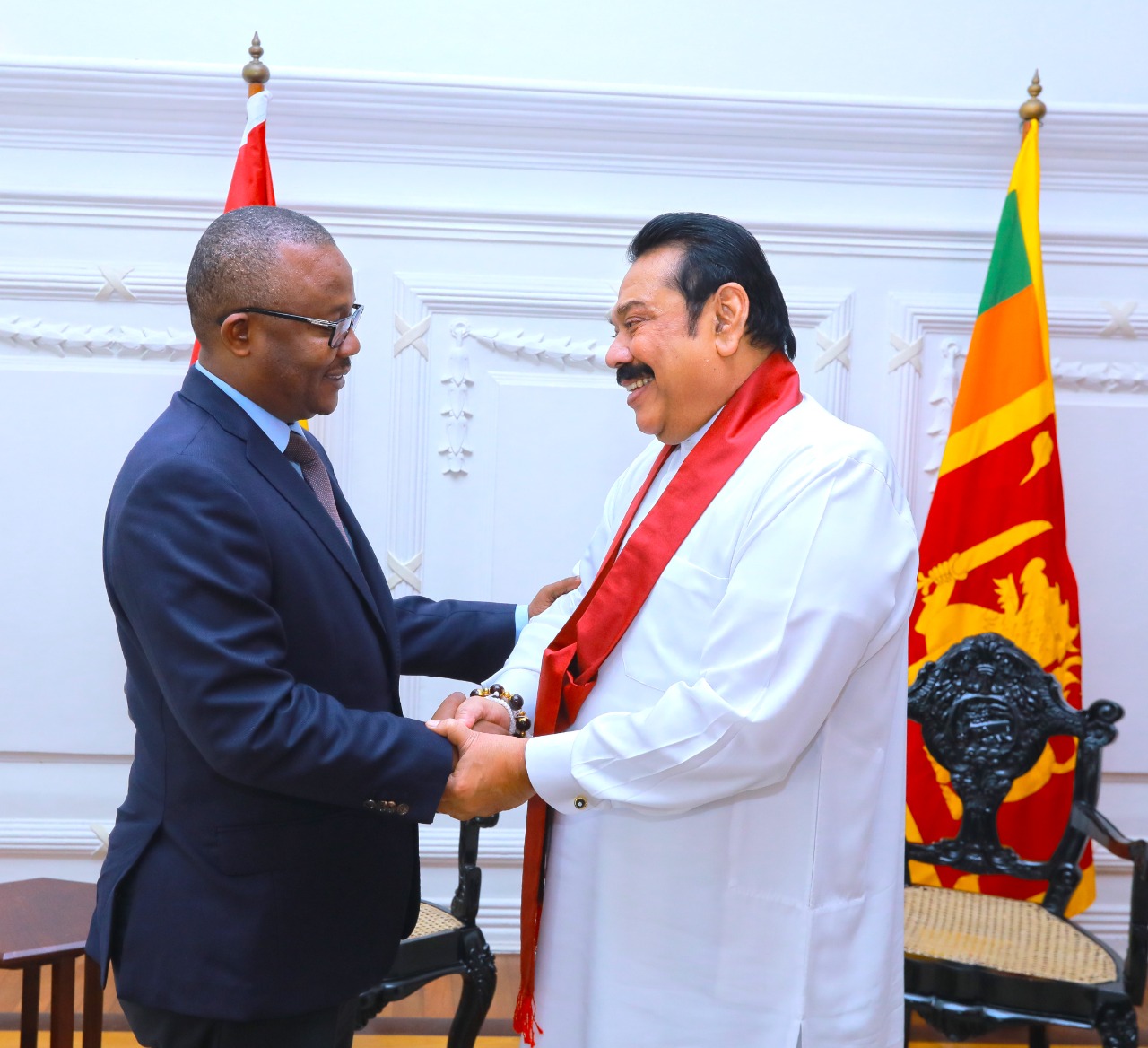