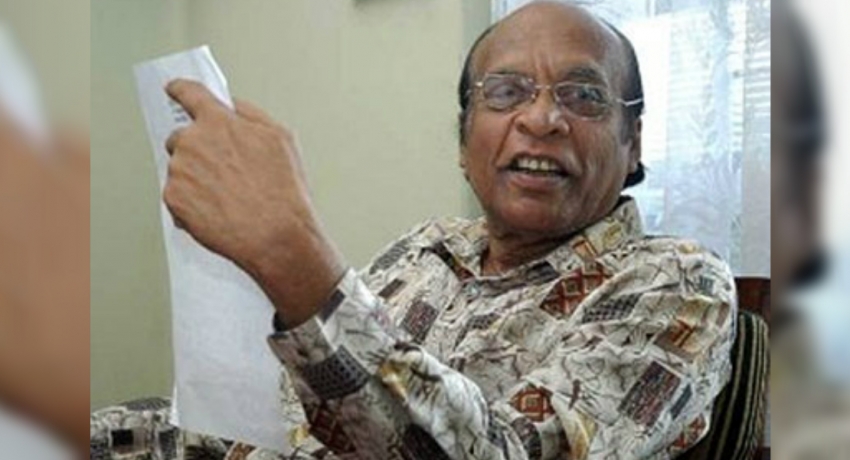 Five years gone, bond scam yet to be taken to courts : D.E.W. Gunasekera

Five years gone, bond scam yet to be taken to courts : D.E.W. Gunasekera

Colombo (News 1st): A seminar on the Forensic Audit reports on the Central bank bond scam was held in Colombo yesterday (Feb 13). Chairman of the 1st COPE to Investigate Bond Scam D.E.W. Gunasekera noted that it has been five years since the bond scam took place, but the matter is yet to be taken to courts.

“Have you ever come across an individual who generated an income of Rs 4 billion with a capital of Rs 300 million? Even after such a massive financial fraud took place, no one has taken this matter to courts. How were such investigations swept under the carpet? The evidence that I had included in my report had not been submitted to the commission. My report still remains a secret. I will not comment on the forensic audit reports. Though they have mentioned about the losses incurred, the profits they generated have not been highlighted. Not a word about Arjuna Mahendran. Even after five years, my observation, the observation of the auditor general, and the observation of MP Sunil Handunetti have not been debated in parliament.”

Views were also expressed with regard to the forensic audit reports.

Former Chairman of the Bank of Ceylon Rusiripala Tennakoon noted that something amusing is that they don’t have information until 2005. He said that this report is not complete and only presents facts within the specific subject area. He questioned; as to what sort of a report this is?

Commenting on the issue former Deputy Governor of the CBSL Dr W. A. Wijewardena said it is not right to dismiss everything in this report. He said another mistake is that they are of the view that a market price will remain the same. He stressed that this indicates the lack of professionalism in the activities they have carried out.