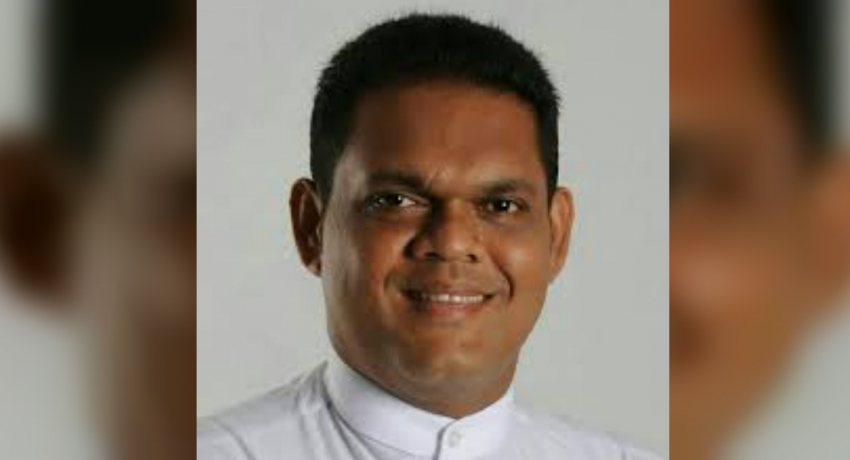 We are not ready to comply with terms: State Minister Shehan Semasinghe

We are not ready to comply with terms: State Minister Shehan Semasinghe

Colombo (News 1st): Media spokesperson of the Sri Lanka Freedom Party Weerakumara Dissanayake today noted that although it seems that the UNP is weak and they have problems within the party, there is now a plan in motion to hand over the power struggle to the leaders and they have started conspiring against the Government through media.

He noted that most of the time their politicians are not aware of this while being tangled in many other things. He noted that there is a breakdown in the alliances that joined them and that there is no issue between the SLFP and the SLPP. He stressed if the current behaviour is kept there will be a big challenge in the general election.

Weerakumara Dissanayake noted that the Pohottuwa alone has no right to claim responsibility for President’s victory. He stated that they can win this election with some preferential votes, but the people will kick them out after a year.

State Minister Keheliya Rambukwella also commented on this regard;

Journalist: Joint Leader from the SLFP and other issues?

State Minister Keheliya Rambukwella: I think it must be a made-up story. I remember when Maithripala Sirisena was sworn in 2015 he said he would retire after 4 years and never come back to politics.

Meanwhile, several other forces who rallied around Gotabaya Rajapaksa’s victory in the presidential election, have already expressed their willingness to contest in the general election. State Minister Keheliya Rambukwella noted that programs such as Eliya and Viyathmaga were implemented with the expectation that in the future there will be politics that does not exclude the intellectuals of this country. He believes that all of them will be included in their program.