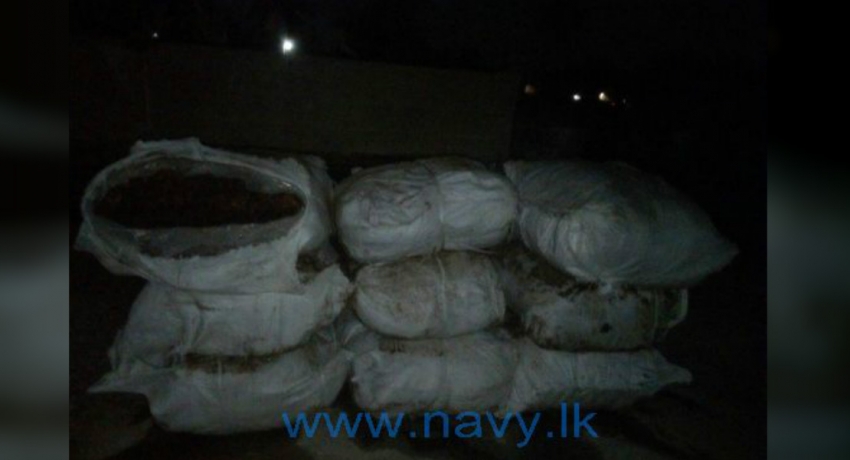 The stock of beedi leaves is believed to have been left behind by the smugglers in fear of routine naval patrols. The seized consignment of beedi leaves was subsequently handed over to the Sinnapadu Customs Office for onward investigation.