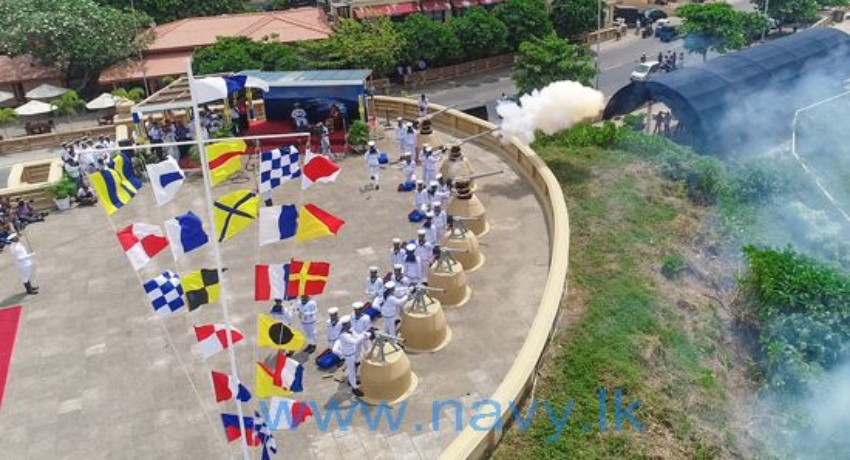 Colombo (News 1st): A Naval spectacle took place at the Galle Face Green in keeping with the 72nd Independence Day celebrations. Parakramabahu, Gajabahu, Sidurala, Suranimala, and Nandamithra ships which are the Navy’s Offshore Patrol vessels and Fast Missile vessels engaged in the display.

The event had been organized under the guidance of Navy Commander Vice Admiral Piyal de Silva.

“We stationed these ships in keeping with the 72nd Independence Day celebrations. While doing so, we realized that it would draw the attention of the public because several people flock to the Galle Face Green in the evenings.”

The display carried out by the Marine Corps which protects all corners of the country, gave the general public an understanding of Sri Lanka’s naval strength. The Fast Missile vessels which were on display today are capable of shooting down an opposing sea craft 20 kilometres from its location.