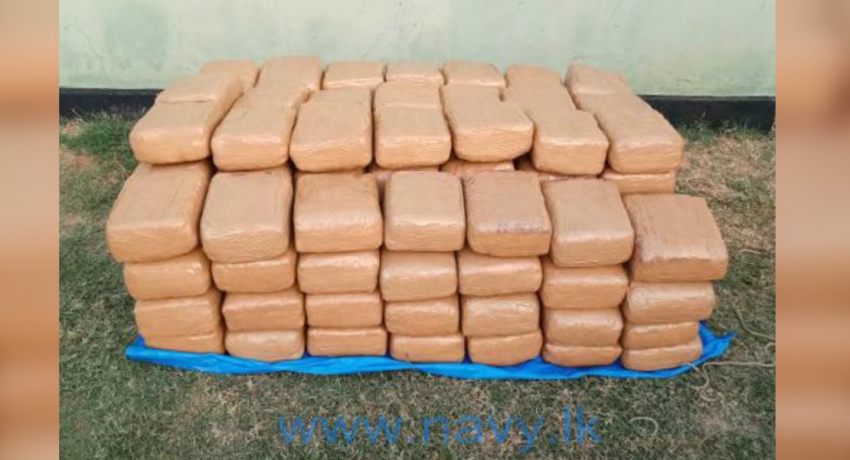 COLOMBO (News 1st):- The Navy has recovered nearly 300kg of Kerala cannabis, during a patrol conducted in the seas off Punkudutivu in Jaffna today (February 2).

As part of its regular patrols in the island’s territorial waters, the Navy spotted a suspicious dinghy, while patrolling in the seas off Punkudutivu in Jaffna and recovered about 300kg of Kerala cannabis concealed in the dinghy. Two suspects aboard the dinghy were also taken into naval custody. Based on the information given by the two suspects, the Navy managed to apprehend two more drug smugglers from Sangupiddi, Jaffna.

The apprehended stock of Kerala cannabis is due to be handed over to the Police Narcotics Bureau in Jaffna for onward investigation.