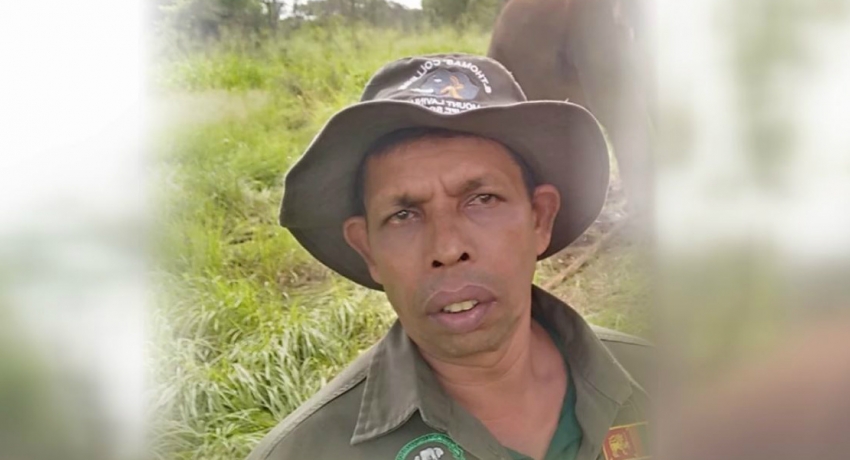 Colombo (News 1st): The remains of a Wildlife officer who was killed in a wild elephant attack will be brought to his home tonight (Jan 31). The officer had died during an operation in the Tambuttegama area. A six-day long operation was carried out near the Kuda Gal Vihara reserve in Tambuttegama to capture a wild elephant that had been posing a threat to nearby villages.

Wildlife officer Ashoka Deshapriya Wendakaduwa also engaged in the operation. The Tambuttegama Police said that he had been attacked while attempting to tranquilize and capture the elephant.

Police added that the wildlife officer who sustained critical injuries had died upon admission to the Tambuttegama Base Hospital. The deceased was a 56-year old father of two, and a resident of Puttalam.

His remains are to be brought to his residence tonight.