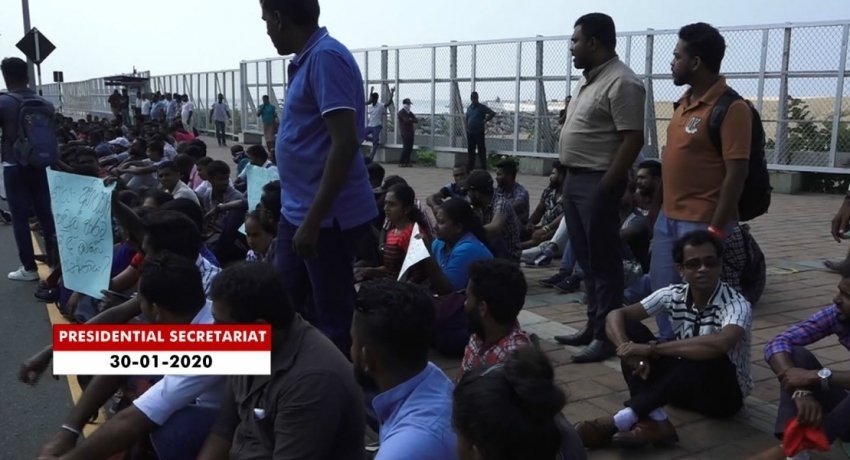 Colombo (News 1st): Protests were held opposite the Presidential Secretariat based on several demands. The protests concluded following talks with the President’s Secretary and representatives of the Prime Minister’s Office.

A group of individuals claiming to have been sacked from the Department of Archaeology and the Ceylon Petroleum Corporation since the new government came into power, staged a protest from last evening (Jan 30) until this morning (Jan 31).

They staged a protest during a rush hour this morning by blocking one traffic lane along the Galle Road. The protestors removed themselves from the road after receiving permission to engage in a discussion with Secretary to the President P.B. Jayasundara.

Meanwhile, a group claiming to have lost their jobs at the Department of Archaeology temporarily called off their protest following the meeting with the President’s Secretary.

President of the Archaeological Employees Union Janith Sampath noted that the President’s secretary gave them a one-month extension. He noted that accordingly, they will report to work from tomorrow onwards. He said that they promised to give permanent employment by next month.

A group claiming to have lost their jobs at the Ceylon Petroleum Corporation held talks with officials at the Prime Minister’s Office. They called off their protest after being promised a discussion with Power and Energy Minister Mahinda Amaraweera next Wednesday.

An employee of the  Ceylon Petroleum Corporation B.M. Hashan noted that they going away due to the minister’s decision. He said their future course of action will be decided afterwards. He said they hope that the minister will respond positively in writing with regard to providing them with their jobs.

Meanwhile, a group of employees claiming to have been removed from the Rural Affairs Ministry gathered outside the Presidential Secretariat this afternoon. 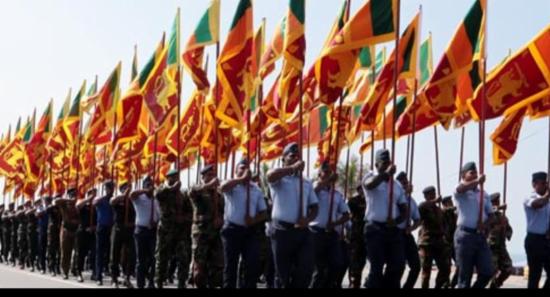