Colombo (News 1st) – The Presidential Commission inquiring into incidents of political vengeance informed the Attorney General to halt the investigations into the cases filed against retired Admiral Wasantha Karannagoda and Rear Admiral D.K.P. Dassanayake until the commission concludes their hearings.

President Gotabaya Rajapaksa appointed a presidential commission on the 16th of this month to inquire into incidents of political revenge between the 8th of January 2015 and the 16th of November 2019. The first complaint received by the commission was the case filed against Wasantha Karannagoda and D.K.P. Dassanayake over the abduction and disappearance of 11 youth.

Issuing a communiqué the Presidential Commission said that incidents of legal action being filed based on political pressure will be focused upon during the inquiry. 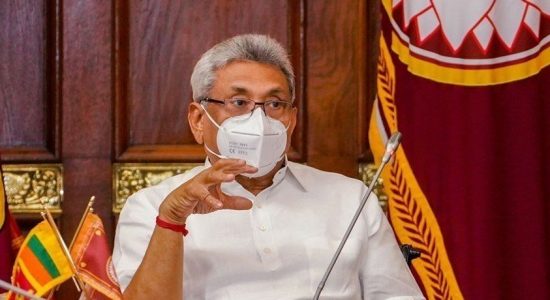