Colombo (News 1st) – President Gotabaya Rajapaksa has issued an Extraordinary Gazette calling on the Armed Forces to continue to maintain public order across the country.

President Rajapaksa issued the Extraordinary Gazette tasking all members of the Sri Lanka Army, Sri Lanka Navy and the Sri Lanka Air Force to maintain public order in the 25 districts of the country and the territorial water adjacent to the coastal districts. The order was extended for a period of one month with effect from today.

After the Emergency Regulations were lifted, Former President Maithripala Sirisena issued the initial Gazette and it has been extended every month in accordance with the powers vested with the President by Section 12 of the Public Security Ordinance (Chapter 40). 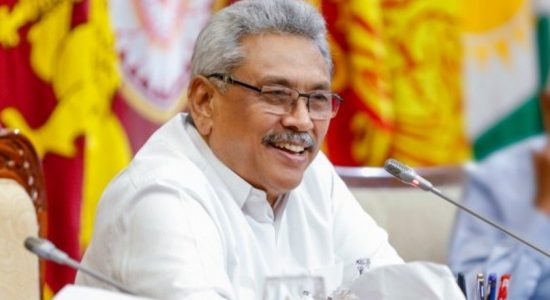 'No VISAS to European nationals for 02 weeks'-Prez

'No VISAS to European nationals for 02 weeks'-Prez