COLOMBO (News 1st):- Another phase of rallies organized by the United National Party to express gratitude to those who voted for the UNP in the presidential election was held in Borella today (January 18).

The rally was held under the auspices of the Opposition leader Sajith Premadasa. Several MPs including Mujibur Rahuman and Patali Champika Ranawaka attended the rally.

The leader of the opposition, Sajith Premadasa himself addressing the rally said;

“We hope to begin a new journey, with a broad alliance, that consists of talented managers, professionals, and capable factions. We will empower them and provide them leadership opportunities at an electoral and divisional level. We hope to go forward as a broad alliance, with a set of new policies, and a new vision. You do not have to worry. We will not be divided and we will not break the trust of the people in any way.”

Meanwhile, a meeting between Speaker Karu Jayasuriya and the Opposition Leader Sajith Premadasa was also held today (January 18).  This was held at the speaker’s official residence in Kotte. Reports say that the meeting lasted about an hour.

A discussion was held about the current state and the future of the party. Meanwhile, party leaders of the United National Front met the speaker last evening (January 17). 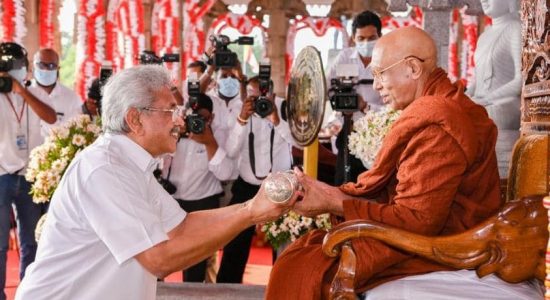