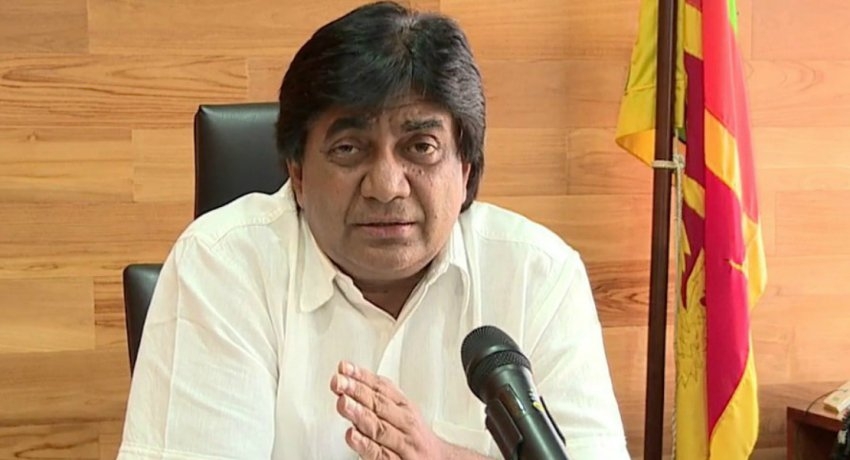 Colombo (News 1st): The Sri Lanka Podujana Peramuna convened a media briefing today (Jan 17). Speaking at the briefing UPFA MP Dilan Perera noted that they only voted in favour of the 19th constitutional amendment subject to the condition that the parliamentary electoral system will be changed.

He added that in the end, the 19th amendment created 3 centres of power and the President was left only with his trousers, the shirt was given to the prime minister and the speaker wore too other parts of clothing forcibly. He stressed the need to remove the 19th constitutional immediately. He noted that when removing it they need to bring in the necessary amendments to the electoral system.

Journalist: Why can’t you do it with 87 seats in parliament? They did it quite easily with only 42 seats.

MP Dilan Perera: The United National Party was able to pass the 19th amendment to the constitution because they had the support of the opposition parties. We only supported them on one condition, It is because they broke that promise, the next government that came into power had to suffer. If the 20th amendment to the constitution is brought and the general election is held after that, one party can establish a stable government. If a stable government is established, a tug of war between the president and the prime minister would be useless. If we are given a 2/3rd majority not only will we remove the negative aspects of the 19th amendment to the constitution, we will bring in a new mixed electoral system which includes the proportional representation and first past the poll system. No matter what the issues are between the elder brother and the younger brother, they can hold discussions and continue the positions of President and Prime Minister. But you will not have brothers holding the position of President and Prime Minister always.