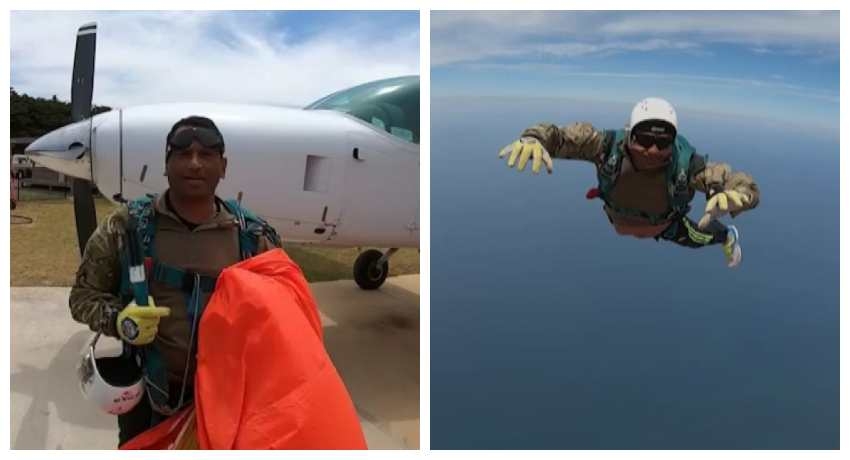 With his 200th parachute jump from a hight of 14 500 feet, Major General Nirmal Dharmaratne made history earlier this month as the first South Asian top military official to do 200 consecutive parachute jumps.

He was the Special Forces Commanding Officer of the Army during the humanitarian operation.

Major General Nirmal Dharmaratne, Deputy Chief of Staff of the Army stated that it was his first attempt using a 170 square feet Safire parachute for this jump and although he was unfamiliar with the parachute he was able to manage it.